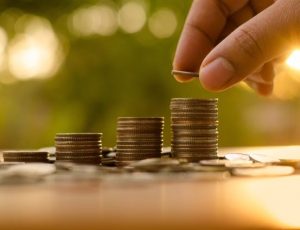 Charles Skorina, an executive recruiter in San Francisco who follows the endowment sector, predicted that Harvard would move away from the model of using its own managers to invest a large portion of its money. The method worked masterfully under former chief Jack Meyer in the 1990s, he said, but it has left Harvard lagging its elite peers over the past several years, said other recruiters who specialize in the sector but are uninvolved in the search.

“I think the board of the management company has concluded they need a different model, and therefore they need a different type of person,” said Mr. Skorina, head of Charles Skorina & Company. He suggested the board go “en masse over to Seth Alexander’s office” at the smaller but better-performing Massachusetts Institute of Technology endowment. “Make him an offer he can’t refuse.”

Harvard Management Company provides investment management to help ensure that Harvard University has the financial resources to maintain and expand its preeminence in teaching, learning and research for future generations. Its approach to endowment management has delivered an average annual return of approximately 12 percent per year over the last 20 years which have enabled industry-leading financial aid programs, groundbreaking discoveries in scientific research, and hundreds of professorships across a wide range of academic fields.

But, according to Mr. Skorina, the organization has been insular to some degree. “It’s time for HMC to undertake a major re-think of its business.” His search firm works with leaders of endowments, foundations and institutional asset managers to recruit board members, executive officers, chief investment officers and fund managers, backed by 30 years of sector-specific research and analytics. It’s clients include USM Foundation, Casey Family Programs and the University of Nebraska Foundation.

David Barrett Partners, the firm conducting the search, is a boutique recruiting specialist with offices in New York, Boston, London and Hong Kong. It serves traditional and alternative money managers, endowments, foundations, family offices and sovereign wealth funds. The firm was founded in New York by a team of investment management recruiting industry veterans from large, multinational search firms who were drawn to establishing a focused investment and wealth management boutique. Just recently, it placed Jack Mahler as the first chief investment officer of the Cystic Fibrosis Foundation.

According to recruiters specializing in the investment function, demand for executive level, ‘high impact’ investing talent has been on the rise, and that demand is expected to soar in coming years. But recruiters say these roles can be generally difficult to develop and ultimately recruit for clients, given their multi-disciplinary and evolving nature.

“Recruiting top talent in our space has always been challenging and, even with the ongoing advances in technology and proliferation of third-party candidate databases, it will not get easier,” said founding managing partner David Barrett in an interview with Hunt Scanlon Media several months ago. He said pay was a key factor; successful professionals are paid well throughout the sector, he opined, giving little incentive or reason for them to consider moves elsewhere.