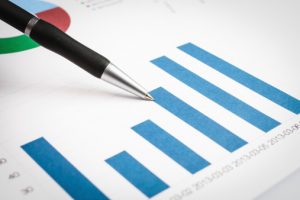 June 28, 2016 – David Barrett Partners, a boutique specialist search firm which recruits senior and C-level professionals for the investment and wealth management sector, has placed Jack Mahler as the first chief investment officer of the Cystic Fibrosis Foundation. The Bethesda, MD-based foundation had more than $3.65 billion in investment assets as of December 31, 2014, according to financial statements.

Mr. Mahler most recently served as head of equities and alternatives for Ontario’s public employee retirement system (OMERS). He spent seven years with OMERS, overseeing $11 billion and 30 employees as a senior managing director and executive vice president. Prior to that, he led asset manager WP Stewart’s flagship mutual fund and before that was a managing director at Brown Brothers Harriman.

“Jack brings a unique perspective to the mission of the Cystic Fibrosis Foundation, having pursued a career in medicine before transitioning into the field of investment management,” the non-profit said in a statement.

“The search strategy was very focused, given the need for a proven investor to build not only the portfolio but also the investment team,” said managing partner David Barrett. “This was not a role where someone could be learning on the job. In the context of the unique nature of the role, the quality of the people at the foundation and the mission, within our targeted universe of allocators including endowments, foundations, and plan sponsors, it was an extremely attractive position.”

The role itself is, in fact, unique, “given the greenfield opportunity to put almost $4 billion to work, combined with the incredible mission of the Cystic Fibrosis Foundation,” said Mr. Barrett. “And thanks to a very sophisticated search committee,” Mr. Barrett continued, “we were able to efficiently calibrate a strong cross section of sitting CIOs and strong No. 2’s who were excited about this potential opportunity.”

The Cystic Fibrosis Foundation is the world’s leader in the search for a cure for cystic fibrosis, a rare and fatal disease affecting 70,000 people worldwide. It is a non-profit, donor-supported organization that has raised and invested hundreds of millions of dollars to help develop cystic fibrosis therapies that have changed the lives of people with this disease.

According to recruiters specializing in the function, demand for executive level, ‘high impact’ investing talent has been on the rise, and that demand is expected to soar in coming years. But recruiters say these roles can be generally difficult to develop and ultimately recruit for clients, given their multi-disciplinary and evolving nature. In fact, impact investing roles are new to many organizations, they report.

“It is no secret that demand for high quality CIOs across the asset allocator spectrum, including endowments and foundations‎, corporate, public and state plans, has increased significantly over the last five years as expectations regarding performance has ratcheted up post financial crisis,” said Mr. Barrett.