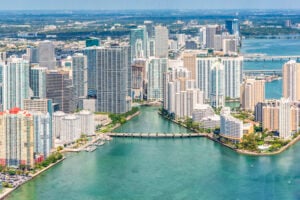 August 17, 2022 – Daversa Partners, which helps build leadership teams for growth and venture-backed companies, is expanding into Miami, “the country’s next hyper growth tech hub,” said the firm. Partner Nicolette Hartman will be leading the new location. She will be joined by three additional team members: Jodie Salzberg, Caroline Didelot, and Olivia Witmer.

“This has been one of the most strategic decisions Daversa Partners has ever made,” said Ms. Hartman. “Building an office and presence in Miami that is intently focused on growing and developing impactful relationships that will move the needle for innovation is core to our company’s ethos. Daversa Partners is excited to get in on the ground level, and I am thrilled to make this move.”

Ms. Hartman is highly regarded for building executive teams at consumer and healthcare companies. For nearly a decade, she earned a reputation for “operating with a level of urgency and thoroughness that delivers game-changing results with aggressive speed,” said Daversa Partners. Ms. Hartman has helped build executive teams for some of the most disruptive consumer and healthcare start-ups, including the VP and C-level leadership teams at Warby Parker, FIGS, Wildlife Studios, Therabody, GameStop and others.

South Florida has seen nearly $1 trillion in new assets come to town since 2020. “A revolution has transpired in the city of Miami over the past several years,” said Daversa Partners. “Talented, generational defining tech leaders began to emerge locally, while those who had once put a stake in the ground in Silicon Valley or Silicon Alley relocated their families and businesses to the city in response to a buzzing ecosystem.”

The Economy of Tomorrow

With Miami mayor Francis X. Suarez and a crowd of investors at the helm, from Founders Fund’s Keith Rabois to Ben Ling of Bling Capital, funding to Miami-based start-ups soared in 2021, with Q4 2021 alone seeing a record $2.2 billion invested into the city’s tech ecosystem.

“Daversa Partners’ decision to expand to Miami is yet another sign that our city is cementing itself as the world’s Capital of Capital,” said Mr. Suarez. “Their track record speaks for itself, and I am confident Nicolette and her whole team will be a great addition to our growing tech ecosystem, serving as a bridge between Miami’s talent and the next-generation companies building the economy of tomorrow.”

“Daversa Partners is an important partner in the global venture and start-up community. Their presence in Miami will help accelerate and attract top talent to the city,” said Mr. Ling, founder and general partner of Bling Capital, which relocated to Miami from San Francisco last year.

Daversa Partners, founded in 1993, builds executive teams for growth stage and venture backed companies. Its global footprint spans two continents and eight offices, giving its teams visibility into the entirety of the market. Daversa is dedicated to developing meaningful relationships with entrepreneurs, executives, and investors across consumer and enterprise businesses. In addition to its primary location in Westport, Conn., the firm has offices in New York; San Francisco; Washington, D.C.; Orlando, FL; London; and Waterford, Conn. where the firm maintains a data and people analytics facility.

Earlier this summer, Daversa Partners appointed Samantha Pernice as its newest managing director. Ms. Pernice brings eight years of search experience to the firm’s leadership team. Ms. Pernice’s rise to managing director at Daversa Partners recognizes her relentless drive, search work expertise, and dedication to continued learning and development, according to the firm. Her book of business includes building mission-oriented companies within artificial intelligence and climate tech, with an affinity for engineering, data, and product functions.

Ms. Pernice has played an integral role building out the firm’s sustainability and technology practices and is responsible for building the leadership teams for companies including Dataminr, Arcadia Power, Compass, Petal, SKIMS, and the New York Times as well as partnering with venture capital firms including Thrive Capital and Energy Impact Partners, among others. 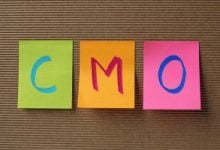