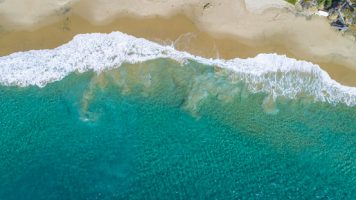 February 16, 2017 – Executive search firm CPS HR Consulting has placed Jack Ainsworth as executive director of the Coastal Commission. In his new role, he will lead the agency in its continuing mission to protect and enhance the California coast.

“While all the candidates were extremely well-qualified, Jack’s depth of understanding of coastal issues, the challenges confronting this agency and his steady leadership over the last year thoroughly impressed us,” said chair Dayna Bochco. “We are all looking forward to continuing our work together to protect California’s magnificent coastline and ensure access for all.”

The search firm embarked on an extensive recruitment effort, contacting more than 1,000 individuals nationwide. The top finalists were interviewed on Friday during a marathon nine hour period.

“I am honored and humbled by this decision, and the fact that the commissioners have entrusted me to lead the next chapter of California’s extraordinary coastal legacy,” Mr. Ainsworth said. “I want the people of California to know that I will do my best every day to protect the coast for everyone, as will all the staff I work with and have so much respect for. It’s an honor to serve with such an exceptional staff and dedicated group of commissioners.”

Mr. Ainsworth grew up in San Bernardino, the middle of nine children. Both his parents were public servants as were all of his siblings. He received his BA in environmental studies and geography from California State University, San Bernardino and his MSc in geography from University of California, Riverside. He will take on his new role immediately.

The Coastal Commission was created in 1972 by voter initiative and affirmed four years later by the legislature with the passage of the California Coastal Act. The 12-member commission is tasked with protecting coastal resources, including maximizing public access and recreation, protecting wetlands, habitats, and scenic rural areas. It provides for coastal agriculture and other coastal-related activities, such as fishing, boating, and aquaculture. The commission does this through careful planning and regulation of development with local governments along the state’s coastline.

A number of public policy foundations and community organizations seeking new leaders have turned to executive search firms in recent months. Here’s a look at a few from the Hunt Scanlon archives: