Menu
View our Events
Stay Connected:
Recruiting for non-profits is now big business for search firms nationwide, who seek trailblazing leaders with skill sets that go beyond the ordinary and traditional. Rhyan Zweifler, president of Chicago-based Noetic Search, takes us inside one recent assignment for such a leader. 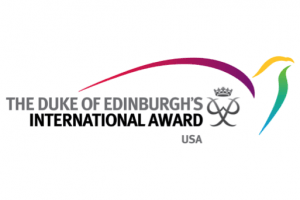 Ms. Higgins-Beard will be responsible for leading and managing the award in the U.S. Based in Chicago, her main focus will be to scale and raise awareness of the award in America.

A large part of Ms. Higgins-Beard’s work as CEO will involve forging strategic relations with other youth organizations — such as the Boys and Girls Club, Boy Scouts, Girl Scouts, and others – as well as schools, and the corporate community. “Buffy’s demeanor and interpersonal style in terms of building relationships and partnerships at all levels was very strong,” says Ms. Zweifler. “In addition, she brings experience taking programs to scale across multiple sites, developing strong teams in a multi-site operation and growing philanthropic support.”

Ms. Higgins-Beard previously served as senior director of programs for the People’s Resource Center, a social services non-profit in Wheaton, IL. Prior to that, she was with Chicago Youth Programs, working as chief program officer, director of health, and director of higher education and teen programs for over 11 years. Her personal experience with the Girl Scouts of America, which involves a badging program comparable to the Duke of Edinburgh International Award, and adventure training were also key factors in her selection.

“One of the assets of being an individual who goes through the entire award program in other parts of the world is that it greatly enhances employability,” said Ms. Zweifler. “So being able to communicate and engage the corporate community in a variety of ways is also an important characteristic.”

As the economy continues to strengthen, hiring in the non-profit sector has been gaining momentum. For executive recruiters who are networked with trailblazing leaders with skill sets that go beyond the ordinary and traditional, these have been boom times. In the past decade, employment in the sector grew by an astounding 17 percent. Recruiters say the sector has become a surprisingly hot area for corporate executives looking to switch careers. As a result, business managers and executives are turning to the non-profit world for employment in record numbers. Recruiters specializing in the field point out that Baby Boomers who spent the majority of their working lives in the private sector are looking to round out their working years serving a mission. Called the ‘encore career phenomenon,’ this often means switching to a non-profit organization or institution as a means of starting a second career ….. Here’s some further reading from Hunt Scanlon Media.

The award was started in 1956 by Prince Philip, Duke of Edinburgh. And though the Royal Family remains much involved with the organization – Prince Edward is chairman of its international board – the award committee made it clear that the program itself should be the focus for the new CEO. “The Royal Family itself is there and participates, but they did not want that to be front and center,” said Ms. Zweifler. “Buffy understood the sensitivity of that as well.”

Thirty five applicants were considered for the role, 12 of whom were presented to the foundation, said Ms. Zweifler. Four candidates were interviewed. Although the position was posted, Ms. Zweifler said that all of the candidates who were presented were identified through networking, with an emphasis on youth programming experience. “It was a very proactive, targeted sourcing strategy,” she said.

The search ran just over a month, at the end of last year. The London-based Duke of Edinburgh International Award committee, Ms. Zweifler said, was looking to have the search completed by mid-December, which accelerated the search process.

“We always make sure we do a thorough search,” Ms. Zweifler said. “We were able to do that in this case by reaching out to some key contacts in youth development and the non-formal education world both nationally and internationally. We were able to deliver candidates in a quick fashion while also doing the work that made me feel confident we had done a thorough search.” 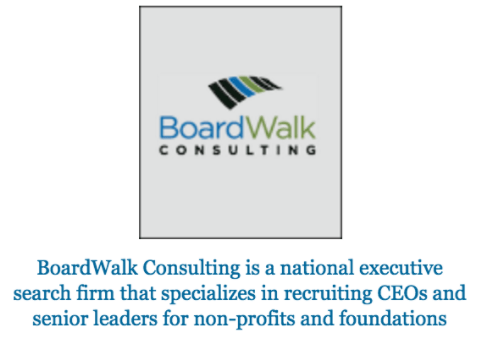 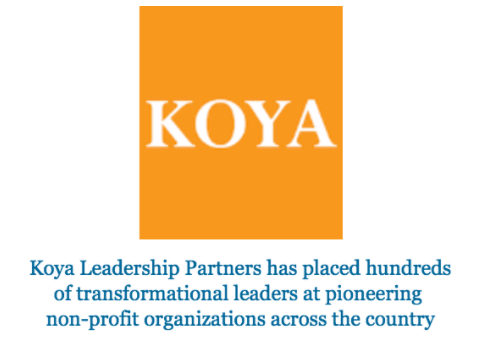 Because the Duke of Edinburgh International Award is less well known on this side of the pond, part of Noetic’s role was to help educate sources and candidates about the program and explain the group’s desire to have a greater presence in this country. “It’s a really effective program,” said Ms. Zweifler. “And they feel there is a significant opportunity in the U.S. for the award to impact the lives of young people.”

The award started here in 2006. The group hopes to involve half a million young people in America by 2026. Open to those between 14 and 24, the award honors achievement in four areas: service, skills, physical recreation, and adventurous journey. There are three levels of participation, depending on age. Bronze for 14 year olds, silver for 15 a year olds, and gold for 16 and above. The gold level also requires a fifth area of accomplishment — a residential project in which one participates in a shared activity away from home for five days.

Throughout the year, more than a million young people worldwide are at some stage of working toward the award. Since it began, upwards of nine million youths have achieved some award level.

Noetic Executive Search specializes in finding leaders in the non-profit sector. Its clients include animal welfare organizations, cultural institutions, foundations, and human service groups, among others.

Before launching the firm in 2010, Ms. Zweifler worked as a consultant with the Boulware Group and served as a principal at Kittleman & Associates. Before getting into search, she worked for McPherson Schultz and Associates (now Schultz & Williams), a Los Angeles-based development consulting firm for non-profits, as well as museum development positions.