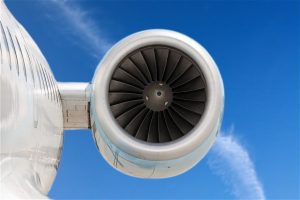 As COO, Mr. Tollison will be responsible for overseeing PART’s operations growth strategy in Victorville, CA.

“Bill was hand selected because of his tremendous passion for customer satisfaction. He is a fantastic addition to the PART team,” said Deena Sullivan, aviation & aerospace practice leader at Connor | Caitlin. “His knowledge and experience combined with his firm understanding of not only technical operations, but the importance of building the right team, will help PART excel on all of their growth plans.”

Mr. Tollison has more than 20 years in aviation maintenance operations roles and was most recently vice president of operations at Cannon Aviation, leading the 145 repair station certification in partnership with the FAA. Prior to that, Mr. Tollison served as VP of operations for AAR Aircraft Services overseeing more than 800 staff members.

Check Out These Search Firms Providing Top Talent to the Aerospace Industry:

“Adding Bill’s knowledge and expertise to our leadership team at PART is a tremendous advantage for our company’s growth plans both domestically and internationally,” said PART chief executive John Gawsyszawski.

“Bill brings a proficiency in aviation maintenance operations that lead with service in mind, an integral piece of our future,” said David Green, chairman of ARC Aerospace Industries Company.

Based in Cleveland, and led by managing partner Mike Muczyk, Connor | Caitlin conducts executive searches focused in several industries, including coatings & specialty chemicals and aviation & aerospace. The firm is part of recruitment and placement organization MRINetwork.

Check Out These Related Articles On Recruiting COOs: