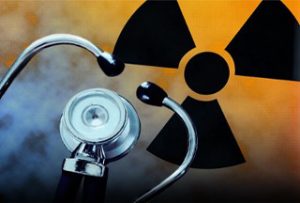 Mr. Merrick will oversee day-to-day operations at NorthStar – including engineering, production and customer service – as the company advances toward U.S. Food and Drug Administration (FDA) approval of its RadioGenix intelligent isotope separation system and commercialization of two new processes it is developing for producing the medical isotope molybdenum-99 (Mo-99).

He brings 24 years of experience in the biotechnology / pharmaceutical / life sciences sector, having held multiple executive positions with leading global companies. Mr. Merrick comes to NorthStar from Baxter International, where he was vice president, international marketing for the company’s hospital products business.

Prior to that, he was a senior vice president and president – international commercial operations for Mallinckrodt Pharmaceuticals and worked for Bristol-Myers Squibb for 17 years, holding a series of increasingly responsible positions around the world. He began his career with Ely Lilly and Company.

“For the NorthStar Medical COO search we specifically looked for candidates who had made a successful ‘double play’ in their career,” said John McLean, president of McLean Consulting. “These are candidates who learned best practices in operating large, highly respected multinational corporations, but who were also successful in running smaller, entrepreneurial companies or stand-alone subsidiaries where the COO had to be more hands on because there is less staff.” Mr. McLean said his firm’s private equity clients routinely ask for these ‘double play’ candidates in searches for their portfolio companies.

“Stephen brings the ideal background and skill set to NorthStar as we take the final steps toward becoming the first domestic supplier of Mo-99 since 1989,” said George P. Messina, president and chief executive officer of NorthStar. “He has been a senior leader with some of the premiere companies in the industry and has deep experience in operations, marketing and overseeing strategic initiatives. He has a long track record of successfully managing products through all stages of their lifecycles. We are delighted to welcome him to our team.”

NorthStar Medical Radioisotopes was founded in 2006 to address the needs of the nuclear medicine market in the U.S. The company is committed to resolving industry-wide supply challenges that have caused shortages of vital medical isotopes, negatively impacting patient care and stalling clinical research.

McLean Consulting, which also has offices in Irvine, Los Angeles, Atlanta, Boston, and Minneapolis, provides executive search expertise focused on life science companies. The firm was formed in 2015 by Mr. McLean, who previously held the role of managing partner – global life sciences for Witt/Kieffer and earlier served as executive vice president and co-founder of the life sciences practice at DHR International.

Check Out These Related Articles On Recruiting In the Medical Field: