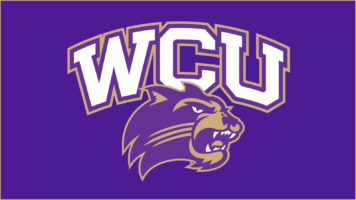 January 24, 2020 – Universities continue to turn to executive search firms to find new athletic directors. Western Carolina University (WSU) has enlisted Todd Turner of Collegiate Sports Associates to lead its search for a new director of intercollegiate athletics. The school decided not to renew the contract of former AD Randy Eaton. WSU is hoping to have a new leader of Catamount athletics named by the beginning of March. Chancellor Kelli R. Brown, who announced the formation of a 15-member search committee in December, asked members to work quickly and collaboratively to fill the vacancy.

“This is a really important decision,” said Ms. Brown. “An athletics director is very high profile and high visibility at any university, but particularly at Western Carolina University because of where we are situated and the work that we do here in Western North Carolina. We need to find an extraordinary leader to lead us into the next era for athletics here at WCU. Athletics provides our students, our alumni, our faculty, our staff and, just as importantly, our community members something to be proud of and support.”

Ms. Brown asked the committee to find a leader for the athletics department who can build a team of coaches and professional staff who will help student-athletes find the same level of success in athletic competition that they have had academically in recent years. “I do want us to remain mindful of where we are at this point in time,” she said. “We graduate our student-athletes. I want to continue that great success we have had of bringing student-athletes here and seeing them graduate. That’s what Western Carolina University is all about.”

Mr. Turner read a long list of potential qualifications for the athletics director position, including integrity, an appreciation for diversity and inclusion, and an understanding of the scope of athletics programs at institutions like WCU. “It also is important to find someone who has familiarity and connections with other leaders in athletics around the country, particularly in the Southeast region,” he said. “The reason is that it helps in terms of scheduling, hiring people and having influence over processes in the Southern Conference and at the NCAA level. Some knowledge of the region and the players that are in the region would be helpful.”

Mr. Turner also recommended the committee search for a leader who has a record of success with all intercollegiate sports, but especially in the high-visibility, revenue-generating sports of football and basketball.

Collegiate Sports Associates Finds AD for Ole Miss
Todd Turner of Collegiate Sports Associates has helped the University of Mississippi in the appointment of internal candidate Keith Carter as the school’s new athletic director. Ole Miss Chancellor Glenn Boyce said the search firm, which provided a deep and diverse pool of candidates, “developed a criterion for us based on the input that we received and their experience in conducting many athletics director searches.”

After reviewing application materials, committee members will develop a list of their top eight candidates for discussion at its next meeting and then be prepared to select no more than six candidates for off-campus interviews in mid-February. The committee will select one or two finalists to bring to campus for meetings later that month, with the final hiring decision resting with Ms. Brown.