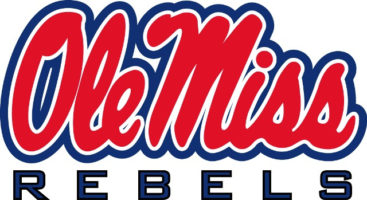 November 25, 2019 – Todd Turner of Collegiate Sports Associates has helped the University of Mississippi in the appointment of internal candidate Keith Carter as the school’s new athletic director. Ole Miss Chancellor Glenn Boyce said the search firm, which provided a deep and diverse pool of candidates, “developed a criterion for us based on the input that we received and their experience in conducting many athletics director searches.”

“This search was committed to finding the right leader who possesses the integrity and character needed to lead Ole Miss athletics, a strong and proven record of success and excellent management and interpersonal skills,” said Dr. Boyce. “We were looking for someone who wants to be at Ole Miss, and who believes all of our programs can compete and win at every level. Keith Carter is absolutely the best person to lead Ole Miss Athletics to a new era of success.”

Mike Glenn, who chaired the athletics director search committee, said that the committee voted unanimously to recommend Mr. Carter for the position. Mr. Glenn cited Mr. Carter’s background in fundraising and administration as well as his experience working inside the Ole Miss athletics department as key factors in his appointment.

The committee selected from a pool of 30 candidates, most of whom were sitting Power 5 or Group of 5 athletics directors, said Mr. Glenn. Along with the search firm, Mr. Glenn conducted screening interviews to determine fit and interest for the job to allow the committee to select the candidates it would interview face-to-face.

Mr. Glenn said that when Ole Miss started working with Collegiate Sports Associates, he asked the firm to do two main things: “First, you have to give us a deep and diverse pool of candidates. Secondarily, make sure the decision we make is based on the relative strengths and weaknesses of each individual candidate and is not influenced in any way by outside pressures.”

“After we got through with our interviews we had our debate and we came to a unanimous decision very quickly that Keith Carter was the man for the job,” said Mr. Glenn.

“Keith Carter knows Ole Miss athletics well after several years on Ross Bjork’s leadership team, and he is already held in high esteem by ADs around the SEC,” said Ole Miss legend Archie Manning, who served as an advisor to the committee. “In short, Keith Carter offers the complete package to enjoy a long and successful run, and I am thrilled about the future of Ole Miss athletics under Keith’s leadership.”

A former All-America basketball player at Ole Miss, Mr. Carter was named interim athletic director in May. He joined the athletics department in 2009 and has served as executive director for the Ole Miss Athletics Foundation since 2012. Mr. Carter received the 2016 Fundraiser of the Year Award from the National Association of Athletic Development Directors (NAADD). Under his guidance, the Foundation has experienced its four highest years for donations, including a record $45.6 million in cash contributions in 2015-16. Mr. Carter took over as the deputy AD for resource and development acquisition in 2018.

“I want to thank chancellor Boyce for his trust in me to lead this great athletics program forward,” said Mr. Carter. “In my time as a student athlete and an administrator, I have experienced championship heights at Ole Miss, and I will work to provide the leadership and resources necessary for our teams to compete at that level year in and year out.”