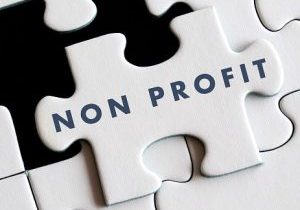 July 17, 2019 – CohenTaylor Executive Search has placed Chastity Lord as the next president and CEO of Jeremiah Program, a Minneapolis, MN-based non-profit that helps single mothers and their children break the cycle of poverty. Ms. Lord will start in her new role in mid-September.

“Ms. Lord is a dynamic leader who has dedicated her career to disrupting systems of inequity through a social justice lens,” said the non-profit.

Currently chief operating officer at Color Of Change, a national social justice organization, Ms. Lord brings a blend of practitioner and national leadership experience to her new position. She has already begun working with the Jeremiah Program board transition committee to outline key strategic priorities. She will replace Gloria Perez, who has led the organization for two decades.

“We are energized by this forward movement,” said John Potter, Jeremiah Program governing board chair. “After nearly a year of sustained progress on our strategic plan and an engaged search effort, we are excited that Chastity Lord will join us bringing the experience and attributes of a transformational leader that we were seeking.”

Ms. Lord has extensive experience in non-profit leadership, including her role as regional vice president at the Posse Foundation where she played a critical part in the foundation doubling its national footprint and oversaw the program codification and fundraising of sites in Chicago, Los Angeles, Atlanta and Washington, D.C.

The timing of this transition complements Ms. Lord’s deep experience scaling organizations similar to Jeremiah Program, which began with a Minneapolis residential campus in 1998 and has expanded to seven sites in five states including nonresidential models.

As a leader in two-generation programming aimed at disrupting generational poverty for single mothers and their children, Jeremiah Program allows Ms. Lord to further her career to disrupting systems of inequity through a social justice lens, said the non-profit. “Jeremiah resonated with me on a deeply personal level, as a first-generation college graduate who grew up poor with a single mom and a lot of housing instability,” said Ms. Lord. “Education was the lever that disrupted my own family’s cycle of generational poverty.”

“Because of its successful model, Jeremiah is in a unique position to frame a national conversation about the investments required to disrupt cycles of generational poverty, while simultaneously illuminating what systems and structures lead to it,” she said.

Among her immediate goals, Ms. Lord is looking to increase Jeremiah’s visibility and voice. “One of my key priorities is to ensure that anyone who is committed to disrupting cycles of poverty and dismantling the systems and structures that lead to it, know the work of Jeremiah Program,” she said. “I want them to know who we are, what we are about, and about our 20-plus years of impact. We will have to broaden our tent of supporters and champions as Jeremiah Program seeks to demonstrate transformative impact at a larger scale.”

Jeremiah Program offers one of the nation’s most successful strategies for transforming families from poverty to prosperity two generations at a time. Jeremiah prepares single mothers to excel in the workforce, readies their children to succeed in school and reduces generational dependence on public assistance. Based in Minneapolis, the organization is expanding throughout the country to meet the growing demand for its model. The non-profit has campuses in Minneapolis and St. Paul, MN, Austin, TX, and Fargo, ND. Construction is set to begin on a campus in Rochester-SE, MN, in 2019. In Boston and New York, Jeremiah has introduced an innovative model, working with leading organizations to serve mothers and children.

Ms. Cohen has worked in the executive search industry since 1997. In that time, she has built a practice focused on non-profit leadership and fundraising, marketing, sales, management, finance and operations search assignments. Mr. Taylor’s 30-year history as a non-profit executive has included primary roles in resource development, leadership and strategic direction for organizations in healthcare, education, human services and organized philanthropy.

Mary Rippe, who led the organization for 25 years, had retired. Ms. Beckstrand beat out three other finalists for the position.

Ms. Beckstrand previously served as president of Sunrise Banks for 12 years. Prior to that, she was a principal at Clifton Larson Allen for nearly 10 years. In addition, she serves on the boards of the Family Housing Fund, which promotes affordable housing in the Twin Cities, and Habitat for Humanity Minnesota.