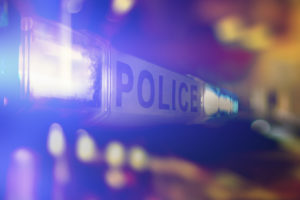 April 23, 2019 – The public sector is in the midst of major transformation. It faces an array of challenges that range from shifting public expectations to budgetary pressures and a growing demand for operational efficiency. To successfully navigate these issues, government organizations need leaders who are focused, tenacious and adaptable, with the capacity to deal with significant scale, complexity and ambiguity, say recruiters who specialize in the field.

“The selection of the next police chief may be the single most important decision we make in my service to the community as the mayor,” said Fresno mayor Lee Brand. “This decision impacts everyone living in Fresno and that’s why we are reaching out to the community to get as much input and information as we can to help us make the right choice. We will continue to be completely transparent in this process.”

To ensure that the community has as much say in the search process as possible, the City of Fresno recently began a comprehensive, citizen-led public outreach campaign. The first step is an online survey that will be available in English, Spanish and Hmong.  The survey poses a series of questions that focus on the important issues and challenges that residents would like the new police chief to understand and address, as well as the qualities that are important to look for in the next police chief.

The city’s public outreach campaign began April 15 with the launch of the online community survey, which will be available on the city’s website through May 31. Community meetings will start today, Tuesday, and continue through May 9.  The information received through the community survey and community meetings will be compiled and collated and used throughout the process of selecting Fresno’s next police chief, said the city.

Teri Black and her firm have been dedicated to public sector executive search since 1999. Serving communities with populations over one million to towns as small as 2,000, she has built a substantial base of clients across the western U.S. that continually rely upon her personalized service and recruitment expertise. Her clients also include special districts, utility agencies and non-profit organizations. Before entering the executive search field, Ms. Black had a career in local and federal government, serving in management positions where she oversaw public safety, finance, human resources, communications, public/legislative affairs, information technology and strategic planning.

Among its current assignments, Teri Black & Company has also been seeking a fire chief for the City of Santa Clara, chief transportation official for Palo Alto and director of community development and transportation for Redwood City, all in California.

A number of cities across the U.S. have turned to search firms to find new leaders. Here is a sampling from the Hunt Scanlon Media archives:

Colorado Springs, CO-based KRW Associates, which was recently tapped to find two new police chiefs in Colorado. The assignments involve the University of Colorado in Boulder and the city of Greely. Managing partner Jerry Williams is leading both searches along with senior associate Susan Eaton.