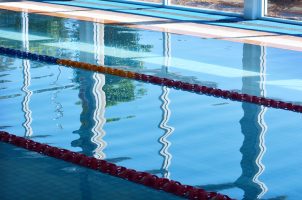 The USA Swimming shootout was highly competitive, said Mr. Knox. In addition to Chelsea Partners and Reffett Associates, three additional search firms, including two of the Big Five, gave in person presentations to win the assignment. More than double that number responded to a request to submit a proposal.

The joint venture between Chelsea Partners and Reffett Associates was established to bring together the strengths of both search firms. “It leverages my deep and broad knowledge of USA Swimming and amateur / Olympic sports, as well as consumer-centric sectors, with the resources and experiences of Reffett Associates,” said Mr. Knox. “This increases the resources focused on the universe, expands the reach of the search, and effectively eliminated any off-limits issues that might have existed.”

“This is an exciting time for USA Swimming and Tim Hinchey’s track record of business success and proven leadership abilities are well-suited to guide our future direction,” said Jim Sheehan, chairman of the board for USA Swimming. “I’m excited to work with Tim and also for our staff and membership to experience the reasons why the board of directors selected him. Tim’s experience in sport at multiple levels will be invaluable to help us embrace the opportunities that can take swimming to the next level.”

Later this year, Hunt Scanlon Media will present its first ever roundup of leading recruiters in the sports & entertainment field. It is one of the most explosive growth areas in executive search. If your firm belongs on this roster, please connect with us so you don’t miss out. We’re looking for 50 trailblazers!

Over 25-plus years as a sports business executive, Mr. Hinchey has driven growth and built an extensive network in a broad-based professional career that included leadership positions in the U.S. and the U.K. for organizations in Major League Soccer, English Premier League, National Basketball Association, National Hockey League and for junior and minor league hockey franchises.

“Being involved in swimming has played a major part in shaping who I am as a person and as a professional, and I can’t wait to give back to our membership,” Mr. Hinchey said. “I’ve benefitted from the dedication and commitment from athletes, coaches, volunteers and officials who make the sport so successful. I look forward to continuing the legacy left by Chuck Wielgus by employing our resources and rolling up my sleeves alongside our staff, board of directors and membership to support our numerous stakeholders and grow the sport at all levels.”

In his most recent role as president of the Colorado Rapids, Mr. Hinchey led the club to both on and off the field success. In 2016 alone, the team won the MLS Best Digital Content of the Year award, posted the highest average attendance in stadium history and set new club standards in sponsorship revenue and earned media. Mr. Hinchey’s international experience includes a three-year term as the VP of commercial and chief marketing officer for English football club Derby County FC. Before heading overseas, Mr. Hinchey held executive positions for the NBA Charlotte Bobcats and the New Orleans/Oklahoma City Hornets, as well as serving as director of strategic alliances for Maloof Sports & Entertainment, the parent company of the Sacramento Kings.

USA Swimming is a thriving organization. In each of the last five summer Olympics, its representative swimmers have won an average of 31 medals. Indeed, one of the challenges for the group’s new leader, said both recruiters, will be to build on the organization’s many accomplishments. In particular, they noted, USA Swimming has helped make swimming America’s best-performing Olympic sport.

“The goal is to continue to grow the sport, retain our leadership position globally in terms of performance in the pool, and continue to adapt and evolve the sport, quite frankly as USA Swimming always has,” said Mr. Knox. “It is best of breed in its world.”

The assignment had special significance for Mr. Knox, who conducted the search that led to hiring Mr. Wielgus 19 years ago. At the time, Mr. Knox was a partner with Korn Ferry. Mr. Reffett, coincidentally, is also a Korn Ferry alumnus. He and Mr. Knox are longtime friends who have teamed up on a number of projects.

Mr. Knox has been involved with USA Swimming on a personal level, which gives him unique insight. Among other roles, he served on the organization’s first board as well as that of its philanthropic arm, the USA Swimming Foundation. He also helped lead in the planning and management of the sports of swimming, diving, and synchronized swimming for the 1984 and 1988 Olympics in Los Angeles and Seoul, South Korea.