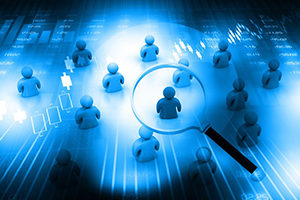 October 18, 2018 – ChampionScott Partners, which specializes in senior-level appointments for technology and technology-enabled companies, recently placed Cameron Meierhoefer as the new CEO of Wireless Registry, a provider of identity solutions and intelligence for the Internet of Things. Founding partner and CEO Geoff Champion led the assignment along with principal Stephanie McGurie.

Mr. Cameron has over 20 years of technology leadership and operating experience. Most recently, he was chief operating officer at comScore, a recognized global leader in cross-platform measurement of audiences, advertising and consumer behavior. He joined comScore in 2001 and was instrumental in developing groundbreaking data products, its growth in the media and advertising industries and, ultimately, their IPO on NASDAQ in 2007.

Mr. Cameron has proven experience in scaling organizations and the unique ability to productize and align technical requirements to meet commercial demands. Earlier in his career, he was an analyst at PC Data and National Institute of Standards and Technology, both in the D.C. metro area.

Companies Remain Unprepared to Fill CEO Vacancies
While many companies are performing some form of succession planning for their CEO posts, most are not doing enough to ensure a successful transition, according to a new report, “CEO Succession Planning Survey.”

Wireless Registry’s platform observes, identifies and indexes detectable WiFi, Bluetooth and Bluetooth LE signals. Its temporal database stores relationships among wireless devices (like smartphones, routers, and IoT/smart objects) and is continuously refreshed by signal detections from apps and devices as they move about the physical world.

ChampionScott Partners is a leading retained executive search firm focused on delivering leadership solutions for technology and technology-enabled companies, globally. Throughout every search the firm undertakes, it applies the strategic insights of an experienced search partner, the operating skills of an internationally expert management team, and the recruiting abilities of a premier executive search firm.

Mr. Champion works at the most senior C-levels for largescale and middle market companies in the U.S., Europe and Asia. He has conducted board, CEO and senior executive appointments for leading-edge companies in the digital media, business-to-business services, telecommunications, consumer, educational services and financial technology sectors. His extensive international experience has allowed him to develop client and firm-wide relationships based on a comprehensive and unique understanding of the critical success factors for building and growing businesses globally.

Based in New York, Ms. McGuire is responsible for the qualification, assessment, and development of senior executives in general management, sales, finance and engineering functions. She has been instrumental in many CEO, CRO, CFO, CTO and VP-level appointments for key clients across technology, digital media, IoT, business services, SaaS and software industries.  She joined ChampionScott Partners in 2007 as manager, strategic relationships where she focused on specialized research and candidate development.

A PwC report found that over the past several years more big companies have been choosing their new CEO from outside as part of a planned succession, an indication that hiring an outsider has become more of an intentional leadership choice than a necessity. Outsiders accounted for 22 percent of all CEOs brought in via a planned succession between 2012 and 2017, up from 14 percent in the 2005 to 2007 period, said the report.