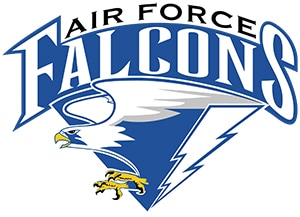 October 18, 2018 – Universities continue to turn to executive search firms to find new athletic directors. Atlanta-based Parker Executive Search has been selected by the Air Force Academy in Colorado Springs to lead its search for a new athletic director. Jim Knowlton stepped down from his role this spring to take over as director of athletics at the University of California, Berkeley. Dan Parker, the search firm’s vice president and managing director, is leading the assignment.

Parker Executive Search announced last week that it will bring a list of candidates later this fall to the Air Force Academy Athletic Corp. for selection, in coordination with the Academy superintendent, Lt. Gen. Jay Silveria.

“This new hiring process enables the academy to attract talented, experienced applicants who will be compensated in a manner consistent with similar positions in the Mountain West Conference and enable enhanced development efforts, while maintaining the leadership and accountability we need in this position,” said Lt. Gen. Silveria.

The academy invites applications, letters of nomination or expressions of interest for the position of director of athletics to be submitted to the search firm.

In the meantime, Jennifer Block, reserve advisor to the superintendent, was named the academy’s interim director of athletics. “It is an absolute honor to be in this position at my alma mater,” said Ms. Block. “Mr. Knowlton built an amazing team that is poised for continued success. I look forward to helping them in any way I can to continue their progress, represent the values of our academy, and in welcoming whoever is chosen for this position in the coming months.”

The athletic teams that represent the Air Force Academy are known as the Falcons. The intercollegiate program has 17 men’s and 10 women’s NCAA-sanctioned teams. The majority of the Falcons teams compete as members of the Mountain West Conference.

SRi, an international executive search firm focused on the sports, media and entertainment sectors, published a report not long ago on how the modern day AD serves more as a CEO-type function than as a coaching figurehead. SRi recently spoke with several university presidents on this topic.