Menu
View our Events
Stay Connected:
Median total direct comp for CEOs at the largest U.S. companies rises 8.7 percent to $13.4 million, according to a new report by Korn Ferry. Let’s take a look at the latest findings. 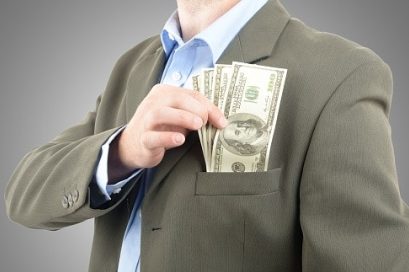 June 13, 2018 – In an environment of double-digit growth in shareholder return and corporate income, CEOs at the largest companies in the U.S. last year received the highest compensation increases since the recession, according to a new report by Korn Ferry.

“Even with the anticipation of the CEO pay ratio disclosure mandate, so far we haven’t seen it dampen organizations’ willingness to pay for performance, including strong shareholder value and net income increases,” said the search firm’s 11th annual “CEO Compensation Study.”

Median total direct compensation (TDC) for CEOs increased 8.7 percent to $13.4 million, said Korn Ferry. That is twice as much as last year’s 4.2 percent increase in TDC and the highest percentage increase since 2010, the first year of recovery from the Great Recession.

While year-over-year base salaries remained relatively flat, with a 1.5 percent increase to a median of $1.3 million, a large percentage of the TDC increase came from performance-based compensation growth, said the study. Annual bonuses were up 4.1 percent. And long-term incentive value (LTIs) were up 7.4 percent

When considering the mix of LTIs, performance awards (equity and cash) make up the largest percentage at 56 percent, which is the biggest share of the LTI mix ever recorded in the study, said Korn Ferry. Stock options/ stock appreciation rights made up 20 percent of LTIs and restricted stock accounted for 24 percent.

During the period studied, total shareholder return was up 17.8 percent, said the study. Net income was up 12.6 percent, the strongest since 2011.

Looking to next year, Korn Ferry said it expects changes in the mix of CEO TDC, because of significant changes to the executive compensation deduction rules the Internal Revenue Code.

“Much will depend on each organization’s financial performance during the coming year, but with the changes in the tax rules governing executive compensation, we expect we will see slightly higher increases in base salaries than in recent years, and that base salary will represent a larger share of the overall mix of TDC for the CEO,” said Mr. Lowman.

In a separate report, the latest ADP “Workforce Vitality Report,” overall wage growth increased by 2.9 percent year-over-year across all industries in the first quarter of this year. The report tracks the same set of workers over time, which provides a more insightful picture of wage growth than overall wage growth.

“In the first quarter of 2018 we saw an acceleration in wage growth for job switchers,” said Ahu Yildirmaz, co-head of the ADP Research Institute. “Additionally, as the labor market tightens employers in some industries are paying a premium for talent with special skills. Job holders, job switchers and new entrants in the construction and information industries are all experiencing significant wage growth as employers seek to attract and retain the skilled labor these industries require.”

Wage Growth Seen in Most Recent Quarter
Overall wage growth increased by 2.9 percent year-over-year across all industries in the first quarter, according to the latest ADP ‘Workforce Vitality Report.’ The report tracks the same set of workers over time, which provides a more insightful picture of wage growth than overall wage growth.

According to some reports, however, wages are expected to slow. Another forecast by the Hay Group division of Korn Ferry revealed that in the U.S., a three percent salary increase is predicted for this year. Adjusted for the 1.1 percent inflation rate, the real wage increase is 1.9 percent.

“Given the continued low rates of inflation and the ongoing pressure on profit margins, employers remain cautious when it comes to budgeting salary increases,” said Laura Sejen, managing director for rewards, at Willis Towers Watson. “While most companies are feeling little pressure to increase budgets relative to what we’ve seen in recent years, many are starting to question how those budgets are spent and whether their conventional approaches to salary planning are delivering a good return on that three percent investment.”