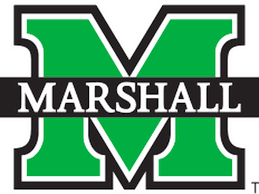 December 17, 2021 – Marshall University has begun a national search for an athletic director and has retained CarrSports Consulting to assist. President Jerome A. Gilbert, who is stepping down as president at the end of December, and incoming president Brad D. Smith have formed a nine-person search committee charged with advancing a slate of finalists for consideration. The two, who have been working closely on the transition, believe that identifying a new athletic director is one of the highest priorities for the university and agreed not to wait until Mr. Smith officially begins his presidency on Jan. 1 to start the search. Mr. Smith will make the final hiring decision, with an announcement expected in February.

CarrSports Consulting has been providing executive search services exclusively to intercollegiate athletics since 1997. Staffed with former athletics leaders, its associates have a combined 200 years of experience in positions such as Division I athletic directors, commissioners, and head coaches, and have conducted more than 130 searches and 70 consulting projects.

The firm has extensive experience in conducting national searches for athletics directors over the past two decades and is backed by over 135 years of intercollegiate AD experience on staff. CarrSports Consulting has successfully completed searches for athletics directors at Duke, Kentucky, Georgia Tech, Butler and other prominent Division I institutions. Its client list includes other Atlantic 10 schools as well. It is led by Mr. Thomas and fellow managing partner Jeff Hathaway.

Mr. Hathaway has a demonstrated history of accomplishments in enhancing academic and athletic success of student-athletes, fundraising, student-athlete well-being, marketing, communications, university and community relations, strategic planning and fiscal management while serving and leading a diverse population of outstanding student-athletes, coaches, and staff.

Most recently, Mr. Hathaway has been working as a consultant for higher education and intercollegiate athletics clients, including a number of outstanding institutions and conferences. He has also taught sports management classes at the graduate level.

Earlier this spring, CarrSports Consulting established a social justice recruiting team led by vice president Kevin Anderson. Working closely with Mr. Anderson in an advisory role will be Leonard N. Moore, former vice president for diversity and community engagement at the University of Texas at Austin. “In light of today’s media and intense public scrutiny, it is imperative student-athletes, coaches and staff establish and uphold the fight for social justice and stop systemic racism, hate and bias on campus,” said Mr. Anderson. “We must create an atmosphere for all student-athletes where they are included within the athletic departments and are seen as more than athletes across campuses.”

The CarrSports social justice program helps athletic departments create an atmosphere where all student-athletes feel included, are seen more than just athletes across campuses, and have conversations where the student-athletes’ voices are heard and action is implemented through a collaborative effort. “CarrSports will also be able to help develop a meaningful path to address and increase inclusion and diversity,” the firm said.