Menu
View our Events
Stay Connected:
In a new report, Tatum investigates some key concerns of top business leaders that strike at the heart of today’s workplace. “Never underestimate the cost of losing a great person and their knowledge,” says Dominic Lévesque, president of the executive talent and strategic consulting services firm. Let’s go inside the latest workplace report. 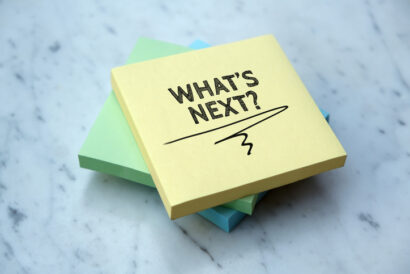 December 17, 2021 – A new report from Tatum says that three questions have probably crossed the minds of most organizational leaders lately: Are there any readily available levers that could help drive better employee retention outcomes? How are return-to-work policies and plans being communicated to employees? What’s working — and what isn’t? Finally, for deeply fragmented workforces where touch is a matter of screen time, what does “employee engagement” even mean? In its new study, Tatum attempts to answer these questions and dives into the soul of the workplace. “It’s critical in these times to keep your most valuable people — and to hold on to their expertise internally,” said Dominic Lévesque, president of Tatum. “If they aren’t there to support you, they’re going to be supporting a competitor or another organization. Never underestimate the cost of losing a great person and their knowledge.”

“People are smart,” Mr. Lévesque said. “Treat them as such. Communicate more, while being transparent and authentic. Your teams don’t expect you to have a crystal ball, but you do need to be agile in how you communicate.”

Creating clear career pathways and opportunities for advancement is a proven strategy for retaining valuable talent. But everybody knows that. According to the Tatum report, less widely known is just how far-reaching the consequences can be when an ambitious internal applicant decides to swing for the fences, goes for the opportunity — and gets rejected. New research out of Cornell University has now identified a surprising link between internal job applications and retention outcomes.

Organizational leaders should obviously take stock of these three findings, and take action from there, according to the Tatum report. “Think critically about your own company’s policies governing internal applicants, simply for starters,” it said. “Does it make sense to allow anyone, across the entire organization, to interview and apply for any new job opportunity that comes along? Maybe not. Would it be better if there were some guardrails in place? Probably. At the end of the day, internal advancement seems like attrition’s polar opposite. And it can be. Just not if you mismanage it.”

Eager to bring your whole team back to the office immediately? “Sure, that might make sense for some businesses,” the Tatum report said. “Whichever course is right for you. However, there’s also a broader point to bear in mind: At this point, no one knows what’s going to come next from a public health standpoint, so your plans and strategies may change. Act accordingly.” 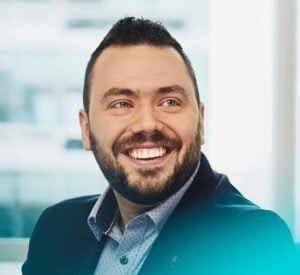 Dominic Lévesque is the president of Tatum, a Randstad company. Mr. Lévesque brings more than 15 years of experience to the role, having most recently served as group president, Randstad Canada. He will now hold a dual role leading both Tatum in the U.S. and his Canadian team. Since joining Randstad as a staffing consultant in 2006, Mr. Lévesque has held several management positions within the company. His extensive team building skills propelled him to group president of professionals in 2016 where he oversaw the finance & accounting, HR and sales & marketing specialties.

At some organizations, unfortunately, it seems like leadership didn’t get the memo. Facebook, Microsoft and Apple, for example, all publicly announced ostensibly “final” return-to-work game plans. All three have had to subsequently roll them back.

Others, meanwhile, Tatum says, are being “even less, ahem, strategic.” The following from WeWork CEO Sandeep Mathrani, for example, is worth quoting at length because it makes explicit assumptions that other rush-to-return leaders left unsaid: “Those who are uberly engaged with the company want to go to the office two-thirds of the time, at least. Those who are least engaged are very comfortable working from home.”

This is patently wrong for several reasons, not least of which is that pandemic-era remote work actually increased overall productivity at most companies. People who wish to continue working from home could be your most valuable contributors, in other words, not the other way around, as Mr. Mathrani seems to be insinuating. More importantly, Tatum said that “while SARS-CoV-2 may be the underlying cause of our current collective uncertainty, there are other key factors at play here, too.” For example, one survey found that not only are women more concerned about back-to-office plans than men, but that the leaders formulating those plans are by and large men. These two things aren’t unrelated. And, of course, asymmetries like that one are tied to still broader asymmetries: That men are generally less affected by caregiving burdens than women, for example.

Finally, Tatum notes that given that returning to the office has negatively impacted the mental health of roughly one in three employees, navigating this transition is something organizational leaders should be taking deeply, deeply seriously. A modified case of the “Sunday Scaries,” it is not.

3. A paradigm shift in employee engagement: from performance to trust

As metrics around human capital go, few enjoy a better reputation than employee engagement, according to the Tatum report. “From financial performance to customer retention, safety, quality and more, the ripple effects of employee engagement seem to extend outward with an almost infinite radius,” the study said. “In fact, companies that report engagements levels in the top quartile are nearly twice as successful in all of the above-mentioned metrics. Having engaged employees, therefore, is undeniably a good thing.”

However, Tatum says that if “employee engagement” sounds to you like a fairly abstract concept, perhaps that’s because it is one. After all, the standard metrics for measuring it, including Gallup’s, are self-reported — and might not count for much in a world where one in four employees admits to lying on internal surveys. “Which is why interrogating the meaning of employee engagement is a good idea,” Tatum said. “It’s also all the more important in connection with our next normal and the rise of remote workforces. Specifically, given that context, does it still make sense to think about employee engagement as an expression of discrete business metrics like productivity? Or is the thing we really want, the thing that really counts, something else entirely?”

In an interesting recent roundtable of 150 prominent CHROs, most leaned toward the latter. For fragmented workforces where “touch” is a matter of screen time, it isn’t productivity itself but a precondition for productivity — trust — that truly matters. “Trust is why people give their all at work in the first place,” the Tatum report said. “It’s part of what makes work meaningful. It also structures communication. And, fittingly, much as to be engaged or disengaged is chiefly a psychological construct, trust is, too. With all of that in mind, look for trust to emerge as a new true north in the conversation around employee engagement going forward. You might even evangelize it within your organization.”

While successfully navigating what’s next is almost certainly going to require innovation, adaptation and outside-of-the-box thinking, hopefully these insights and ideas will help you get there faster.

A quick recap of what Tatum covered so far:

Related: What’s Next for Talent Management in Private Equity