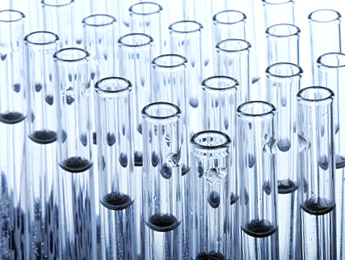 Mr. Bernard joins Curetis with more than 22 years of diagnostics, biopharmaceutical and translational research industry experience, including roles in executive management, strategic development, product commercialization, marketing and sales. He previously served as chief commercial officer of Epic Sciences, developer of one of the few commercially available platforms that can identify circulating tumor cells in the blood. In this role, Mr. Bernard was responsible for the expansion of Epic’s technology in collaboration with pharmaceutical and biotech companies and leading cancer research centers and the commercialization of the company’s independent and companion diagnostic products.

“Curetis approached Toft Group with a need to not only find a candidate with a strong commercial background and track record for successfully growing companies ‘from the ground up,’ but someone who was the right cultural fit,” said Robin Toft, Toft Group president and CEO. “All candidates go through our multi-dimensional vetting process and we were thrilled at how well Chris complemented Curetis’ global leadership team almost immediately, and the search was completed much more quickly than originally anticipated.”

“We are pleased to have Chris join Curetis as the CEO of our U.S. subsidiary,” said Oliver Schacht, PhD, CEO of Curetis N.V. “He is a highly accomplished executive with proven ability to develop successful sales and marketing strategies, drive growth for emerging companies, manage operations and deliver on key strategic, commercial and operational objectives. He is an important addition to the leadership team at Curetis and Curetis USA.”

“Curetis is a cutting-edge molecular diagnostics company with tremendous opportunity,” said Mr. Bernard. “I am very excited by this opportunity to lead Curetis USA and support the planned North American commercialization of the Unyvero platform. I look forward to working with Curetis’ outstanding executive team and board to advance the company and position it for further success.”

Curetis is an international developer of next-level molecular diagnostic solutions. The company recently announced completion of enrollment in the U.S. FDA trial of Unyvero, and plans to submit the Unyvero LRT55 Cartridge for FDA clearance by the end of 2016, with potential clearance and commercial launch targeted for the first half of 2017.

“This is an exciting as well as strategically important time to be joining Curetis. Once FDA clearance is accomplished, the Unyvero System will make an immediate impact in U.S. hospitals in two key areas: lower respiratory tract infections and antibiotic resistance. In the U.S., there is a death every 10 minutes due to pneumonia, and respiratory infections are the second leading cause of hospitalizations,” Mr. Bernard said.

Check Out These Related Articles On Life Sciences and Healthcare Recruiting: