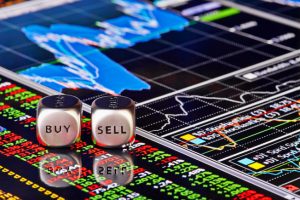 For the fourth quarter, Korn Ferry recorded revenues of $399.9 million, a 47 percent revenue increase when compared to $271.8 million during the same quarter a year ago. The growth was primarily due to increases in fee revenue in the North America region of its executive search and Futurestep business segments.

The Los Angeles-based company had fourth quarter profit of 10 cents per share. Earnings, adjusted for costs, were 58 cents per share. The results surpassed Wall Street expectations. The average estimate of four analysts surveyed by Zacks Investment Research was for earnings of 54 cents per share.

“I am enormously proud of our company and the results we have achieved during the quarter,” said CEO Gary D. Burnison, “and at the same time, continuing to deliver on the Hay Group integration at a scope and pace that has exceeded our initial expectations.”

‘In the Midst of Creating a New Firm’

As previously disclosed, the integration of Hay Group, which was acquired for $452 million late last year, will be substantially completed in the first quarter of 2017 and include additional consolidation of office space and the elimination of other redundant operational and general and administrative expenses. Korn Ferry estimates the cost of these actions to be in the range of $20 million to $26 million, resulting in incremental annualized savings of approximately $17 million to $23 million.

The company yesterday entered into a new senior secured $400 million credit agreement with a syndicate of banks, with Wells Fargo Bank acting as administrative agent, to provide for enhanced financial flexibility and in recognition of the accelerated pace of the Hay Group integration.

“We are in the midst of creating a new firm,” said Mr. Burnison. Indeed,  65 percent of Korn Ferry’s colleagues are new to the organization in the last three years, due to expansion and growth. “We are a company that accelerates our clients’ business performance through solutions and productized services that span from strategy implementation and organizational design to recruitment and leadership development to compensation and reward strategies.” The company’s advisory business, now bolstered by its Hay Group combination, has given Korn Ferry more reasons to engage with clients, he said. “Our recruiting businesses, executive search and Futurestep, have never been stronger than they were in the fourth quarter.  We are indeed creating the preeminent organizational and people advisory firm.”

Korn Ferry expects revenue in the range of $371 million to $391 million for the fiscal first quarter. Its shares have fallen 17 percent since the beginning of the year. In the final minutes of trading on Wednesday, shares hit $27.62, a fall of 20 percent in the last 12 months.