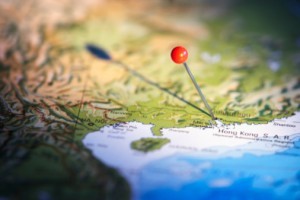 February 1, 2016 – Executive search firm Boyden has added Jason Lee to its Hong Kong office as a partner in the firm’s global technology and industrial practices.

“Jason brings Boyden Greater China an impressive track record with major multinationals based in Asia/Pacific, Europe and the U.S.”, said Boyden CEO Trina Gordon. “His deep client relationships, multicultural skills and professional experience on both sides of the Pacific will be invaluable to our expanding business in the region.”

This is the second move Boyden has made in recent months to strengthen its industrial practice. Last month, the firm added Andrew Mann and James Twiston-Davies in the U.K. as partners. Previously, Mr. Mann led the EMEA and Americas regions for Gerard Daniels, a boutique search firm focused on the natural resources and primary industries sectors. Mr. Twiston-Davies joined Boyden from the London office of CTPartners, where he was responsible for C-suite, senior executive and non-executive searches across the global industrial, energy and natural resources sectors.

Check Out These Related Articles On Firms Expanding Their Tech and Industrial Practices: