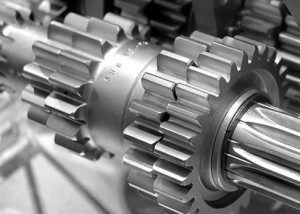 December 18, 2015 – Executive search firm Boyden has added Andrew Mann and James Twiston-Davies in the U.K. as partners in its industrial practice.

Previously, Mr. Mann led the EMEA and Americas regions for Gerard Daniels, a boutique search firm focused on the natural resources and primary industries sectors. In his eight years in this role, he worked for large and small clients within the U.K. and globally at the board and senior management levels across a range of functions, from technical through operations, commercial, contracts and procurement, and HSSE. Prior to his search career, Mr. Mann worked in industry as a senior executive.

“Boyden is well known for its industrial practice, and joining Boyden U.K. gives me an excellent platform from which to serve my clients both here and internationally by working with colleagues from Boyden’s international office network,” said Mr. Mann.

Mr. Twiston-Davies joins Boyden from the London office of CTPartners, where he was responsible for C-suite, senior executive and non-executive searches across the global industrial, energy and natural resources sectors. Before that, he served in various roles at Korn Ferry. Throughout his career he has developed a strong reputation in executive search and talent management across regional and global activities in energy & infrastructure, process industries, construction, manufacturing, capital equipment, support services and private equity. Mr. Twiston-Davies also works with public, private equity and family-owned companies in the U.K. and internationally to recruit general management and leadership appointments, including commercial, operations and corporate functions.

“I’m very pleased that Andrew and James have joined Boyden to strengthen our executive search business”, said John Ellis, a Boyden board member and managing partner of Boyden U.K.

“The industrial practice area is critical to our continued success and has been, and will continue to be, our largest practice. Both Andrew and James are highly regarded in their space with excellent records in supporting clients through periods of change. I am excited to have them join the team and look forward to working with them.”

Boyden recently expanded its interim management practice in the U.K. with the addition of Simon Gough as managing partner. Previously, he served a nine-year tenure as a partner with Interim Partners, a global provider of executive interim managers, where he focused on the private equity and advisory sectors in both pre- and post-deal situations.

Check Out These Related Articles on Boyden: