Menu
View our Events
Stay Connected:
A new global board survey reveals optimistic sentiment among top board directors. Nearly seven in 10 report high confidence while more than half think they will outperform rivals in the coming two years. Let's go inside the latest report. 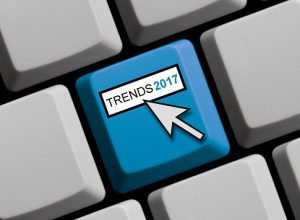 April 12, 2017 – A strong majority of board directors (68 percent) have a ‘very definite’ opti­mistic look on the future, anticipating their compa­ny’s financial outlook to improve over the coming two years compared to the past two. Fifty six percent expect their businesses to perform better than their rivals in the coming two years, while a third (35 percent) ex­pect to develop equally with competitors.

InterSearch Worldwide and Board Network – The Danish Professional Directors Association have together taken the pulse of chairmen and board members from 52 countries. Their findings make up this year’s global outlook survey.

For the majority of the report’s respondents the most significant board and governance trends in the coming year will be more focus on the future of their business and less on compliance, risk and control tasks. Nearly all said that a focus on business transformation will be paramount in the coming years, while ‘digital savviness’ will continue to be a hallmark of best-in-class companies.

While in the U.S. American CEOs believe a deregulated market is on the way, overseas chief executives said they expect more regulation and governmental control, a focus on increased sustainability, and more time spent on stakeholder management.

Despite the fact that only 22 percent of survey respondents were women, half of all respondents ex­pressed their belief that greater gender diversity is to some, or a large, extent ‘value-adding’ to any board, while another 31 percent said that it could potentially be val­ue-adding depending on the situation.

“According to our survey results, 52 percent of all boards now perform regular and formal board evaluations – that is up from 47 percent in our past global board survey,” said Jakob Stengel, InterSearch’s managing director and global board practice head. He also serves as a managing partner of Danish member firm, Case Rose | InterSearch.

“Boards, in general, think they do a good, yet not out­standing, job,” said Mr. Stengel. A remarkable 20 percent of directors, according to the survey, think their own board’s performance requires either improvement or significant improvement, saying it’s a worry of theirs.

Seventy four percent of survey respondents confirmed that at least one of the sources used to identify and attract new board members is the existing board members’ own network. “But we definitely expect executive search firms involved in board searches to multiply in the next three years,” said Peter Waite, chairman of InterSearch.

Mr. Stengel said he expects to see two megatrends that will likely unfold over the next three years: disruptive technologies will continue unabated and have an increasing impact on competition, and geopolitical instability will also continue around the world. He recently sat down with Hunt Scanlon Media to discuss the report’s latest findings. Here’s a full and very insightful excerpt from that interview. 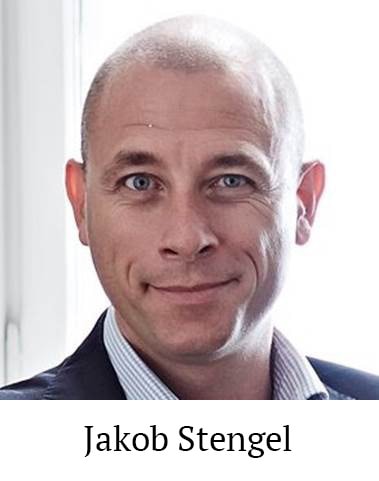 Jakob, report respondents generally have a positive outlook for the next two years. What are they saying about disruptions in talent?

Two findings from the survey stand out in relation to talent – and they seem in fact quite contradictory. One is that human resources in a very broad definition is a clear No. 2 when it comes to the internal challenges that boards foresee in the coming 12 months. The other is that talent management is the strategic area of which boards think they have the poorest understanding of their company’s strategic position. What seems apparent is that although HR / talent management is identified as a key challenge, most boards feel they’re not sufficiently equipped to tackle this challenge. The most interesting question here is whether ‘talent’ pose an opportunity or a danger to the optimistic outlook that a majority of boards have for the future. When cross-referencing our survey answers, we see an underlying – and perhaps worrying – trend: boards hope they have the right people in their organizations to achieve, maximize and sustain growth, but they don’t know if it’s true.

So if directors see a global talent shortage, how can they look to grow and expand without people?

From my experience and in my opinion, increased globalization has meant that talent shortages are, in fact, becoming a decreasing challenge as many more people are much more relocatable and much more flexible today compared to the past. However, I see an exponentially increasing war for talent which suggests that only the companies that can meet the expectations from this internationally oriented workforce will be able to reach their growth goals. The essence here is to create and communicate a why or a purpose that is crystal clear to both current and potential employees and which makes them want to be with a specific company – even if they’re offered a title promotion, a 10 percent salary increase and an additional week of holidays by a competitor organization looking to hire them.

“The recruiting industry is in the wake of a tremendous dogma shift. We will see a much more fragmented market of providers in the future. Some value propositions will soon become obsolete. However, other parts of the value-chain will be strengthened. You will see more cross-industry and cross-functional advisory firms being formed and transcended with management and strategy consulting firms re-entering the HR market. Meanwhile, all search firms will increasingly try to push the boundaries for their services to become less transactional, but more strategic.”

Where do you see recruiters in all this?

Let me start by saying that I believe the recruiting industry is in the wake of a tremendous dogma shift. We will see a much more fragmented market of providers in the future. Some value propositions will soon become obsolete by increased use of professional social media, search engines powered by true artificial intelligence, and that sort of thing. However, other parts of the value-chain will be strengthened. The demand for strategically scoped, value-adding advice is in as high demand as ever. You will see more cross-industry and cross-functional advisory firms being formed and transcended with management and strategy consulting firms re-entering the HR market. Meanwhile, all search firms will increasingly try to push the boundaries for their services to become less transactional, but more strategic.

Service offerings will be much more diverse and specialized in the future. Coming back to previous question, recruiters will have a tremendously important role to play. In today’s world, with the high degree of candidate visibility, transparency and movability that we have, companies can themselves easily find the talent they need. The difficulty is finding out how to separate the wheat from the chaff. Which candidate is mediocre, which is good and which is outstanding? With many more candidates now readily at hand, the craftsmanship of the selection process now comes into play. Another very important role for external recruiters is their role as candidate ambassador in the wooing process — the part of the search process where the headhunter translates why a particular opportunity in a particular company is the perfect fit for a particular candidate now at this point on his or her career trajectory.

Jakob, the InterSearch report concludes that companies are focused on growth but there are two megatrends that could get in the way: disruptive technologies and geopolitical instability. How can they get around this and how can managing talent better get them there faster?

Projections say that due to disruptive and exponential technologies, 40 percent of current job functions will not exist in 10 years and 70 percent of job functions will be obsolete in 15 years. Incomprehensible? Scary? Both? I guess most reading this will think so. However, we’re all fine with the fact that blacksmiths, coopers, stokers, and wheelers don’t exist today other than as curiosities, and we will accordingly adjust also to the future. The greatest challenge is the increased pace of change. Can we change fast enough to adapt? In general, in my opinion, the answer is yes.

How does that challenge translate into action for leading companies?

It puts severe pressure on companies to attract those who will be able to drive the agenda forward – starting today. Strategic agile, divergent thinking, change-driving, innovative, open-minded people will come in even higher demand. And we will see that heterogeneous organizations with truly diverse talent pools – yet still gathered around a common goal – will be increasingly dominant in their markets. Not only because diverse teams are more innovative, but also because they manage risks better. This will play a very important role in the dealing with geopolitical risks. Companies that manage their people well – alongside driving a continuously innovative business agenda, will be the companies that win.