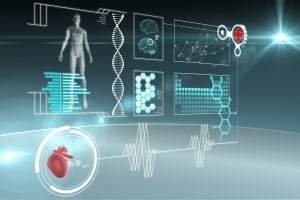 October 5, 2017 – In recent months, executive search firms have been plucking talent from the corporate ranks in a wide array of sectors. Just recently, Witt/Kieffer named Bonnie Panlasigui, former chief administrative officer with Alameda Hospital in California, as a consultant in the firm’s healthcare practice.

Based in Emeryville, CA, Ms. Panlasigui brings vast experience as a senior executive spanning broad operations with for-profit and not-for-profit health systems. She will specialize in C-suite and other high-level executive search assignments in her role with Witt/Kieffer.

Her appointment was announced by Paul W. H. Bohne and Donna M. Padilla, managing partners and leaders of Witt/Kieffer’s healthcare practice. “In each role Bonnie has held in healthcare, she has been a catalyst for success,” said Mr. Bohne. “She is skilled at recognizing strong leadership and eager to help shape future executives.”

Ms. Padilla described Ms. Panlasigui as an outstanding addition to the firm. “Bonnie has led successful teams facing many different situations, from consolidation to accreditation,’ she said. “She is uniquely prepared to recruit for our clients in today’s dynamic healthcare environment.”

Ms. Panlasigui has 10 years of experience in healthcare with expertise in achieving transformational culture improvement while balancing quality, service, satisfaction and profitability. She is an author and frequent speaker on the topics of diversity and mentoring, and a passionate advocate for women and minorities in executive roles. Ms. Panlasigui is a board-certified fellow in the American College of Healthcare Executives and chair of the diversity and inclusion committee of the California Association of Healthcare Leaders. She was a founding board member of the Asian Healthcare Leaders Forum, an affinity group that continues to connect leaders of diverse backgrounds.

Witt/ Kieffer Named to Hunt Scanlon Top 50 Roster
Witt/ Kieffer was recognized as one of the leading academic search specialists on Hunt Scanlon Media’s “Top 50 Non-Profit/Higher Education Search Firms” list. It is the first-ever roundup of leading recruiters across both sectors. Check out these top 50 trailblazers.

Prior to joining Witt/Kieffer, Ms. Panlasigui was chief administrative officer for Alameda Hospital, where she led the financial turnaround of the hospital, improved patient and employee engagement and helped create an environment of high physician engagement in the strategic planning process. Previously, she was chief operating officer for Dupont Hospital in Fort Wayne, IN, where she was responsible for approximately 300 full-time employees in clinical ancillary and support services departments. She began her career as associate administrator in the Far West and TriStar divisions of the Hospital Corporation of America as part of the COO Executive Development Program.

Witt/Kieffer has been a talent advisor to hospitals, health systems, academic medical centers, physician groups and other healthcare enterprises for more than 45 years. With upwards of 100 search professionals nationwide, its consultants recruit CEOs, CFOs, COOs, CNOs, physician executives and other leaders.

In recent weeks, search firms have been recruiting talent from outside the industry to serve as advisors within their respective areas of expertise. Here’s a look at a few recent appointments from the Hunt Scanlon Media archives:

Philip Tang has joined executive search firm Witt/Kieffer in its education practice. He brings to the job nearly 15 years of university administration experience at one of the nation’s leading universities. Mr. Tang previously served as vice provost for academic services at Johns Hopkins University in Baltimore.

SRi named former Manchester City technical director Mike Rigg as global football advisor. He will focus on working with the firm’s growing list of football clients in North America, Europe, the U.K. and Asia. Mr. Rigg has been at the forefront of global football for more than 30 years at both youth and senior international and domestic levels.