Menu
View our Events
Stay Connected:
Who will be responsible for teaching employees the skills needed for a changing workplace in the coming years? Many workers see it as their own responsibility. For many companies, upskilling can boost hiring and retention. Let’s take a closer look. 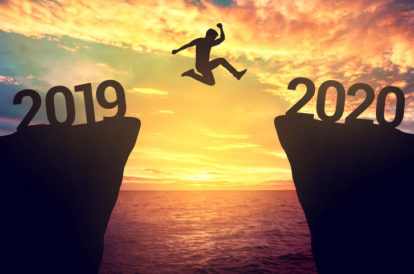 December 9, 2019 – Recent research has revealed a paradox at the heart of current debates around upskilling. On the one hand, the vast majority of U.S. workers believe it’s imperative to train for and develop new skills in order to keep up with changes in the workplace. On the other, that same contingent of workers also say that neither government nor employers bear primary responsibility for providing them with those skills. So who needs to step up? According to a just-released report by Randstad, that question won’t be put to bed in 2020, but it’s almost certainly going to come up, in one form or another, as a talking point in the 2020 presidential election.

“According to Pew’s recent survey, over the next 30 years, Americans will look to the education system (39 percent) and to individuals themselves (39 percent) to bear the responsibility of having the right skills and training to get a good job,” said Scott Gutz, CEO of Monster.com.

Interestingly, however, Monster’s 2019 State of the Candidate report found that Millennials believe the onus for upskilling is on employers. They said businesses (30 percent) have the greatest responsibility for preparing workers, followed by educational institutions (24 percent).

This subset of workers in particular, Mr. Gutz said, has been most affected by job and workforce evolution over the last decade, to the point that they can no longer rely on their previous education to prepare themselves for future success.

This means Millennials and Gen Z will continue to self-educate about work-related topics and skills, according to the Randstad report. This also means companies have a major opportunity to improve hiring and retention by offering upskilling opportunities.

Randstad’s tech impact report showed that upskilling is something younger employees, and Gen Z in particular, are both hungry for and largely starved of. Why the disconnect? Young professionals don’t just want new skills — they want new challenges to go along with them. No surprise there.

“Today’s younger generations learn so rapidly in their personal lives, in high school, college and beyond, and that’s the norm for them,” said Jodi Chavez, group president, Randstad professional staffing group. “They’re accustomed to learning and adapting to new things constantly. Newer generations work in a different way, and they’re constantly adapting to new tools and platforms — far more quickly than more experienced workers. It’s almost second nature.” Of course the problem is none of them can sit still long enough the reap the rewards of deep and steady employment.

Reskilling: A Game-Changing Opportunity for Search Firms
While a skills shortage creates challenges for search firms in an increasingly candidate-driven market, it also presents a chance for recruiters to provide clients with reskilling services. According to a report by Bullhorn, reskilling provides a solution to an increasingly big problem, but few recruitment firms are making serious efforts to incorporate it into their plans. Let’s explore the report.

These “more experienced workers” Ms. Chavez refers to are often in leadership roles, and by not understanding or addressing the upskilling imperative, they’re not only depriving their younger hires of much-needed training, they’re also causing a turnover problem — whether they realize it or not.

“We know the number-one reason people quit is the inability to learn and grow at their current organization,” Mr. Gutz said. “Without meeting this employee expectation, companies lose money and time recruiting and replacing the employee, as well as unnamed dollars lost operating with vacancies and then ramping up new workers.”

“Millennials and Gen Z saw their parents and grandparents struggle through the Great Recession,” Ms. Chavez added. “They saw people who were loyal to companies for 20 or 30 years lose everything. This impacts what they want for themselves and how they see the employer/employee relationship. They’re going to teach themselves, even if their employer doesn’t — and they’re willing to take those skills to greener pastures.” But good luck finding those pastures when you job hop through your formative work years.

Ms. Chavez said that most employers recognize their Millennial and Gen Z staff want new skills and new challenges, and some have started to address it. Most, however, are struggling to provide constant challenges.

“If a job doesn’t really provide a constant challenge, what can they do?” she said. “If they do nothing, they’re going to lose these folks to more challenging opportunities. In 2020 and beyond, companies will have to rethink how they frame the most basic tasks in order to provide a challenge.” It’s where we have arrived, sadly, in the job market.

If it’s so clear that younger professionals want new skills and are looking to their employers to offer training in order to get them, why are so few companies actually doing that? Randstad says that the answer, it seems, is twofold. Upskilling comes with costs, but it can be a worthy investment.

Boomers, she believes, also often see upskilling as a cost, not an investment. And no wonder, when employees with those newly invested skills march on to other jobs before the ink is dry on their employment contracts.

Companies Hiring on Basis of Skills Rather Than Open Positions
Companies in a number of industries are facing a potential C-suite challenge – an alarming lack of qualiﬁed candidates to ﬁll roles that are likely to become vacant due to retirement and other factors in the next 10 to 15 years. This breakneck speed of turnover in businesses is forcing talent acquisition professionals to look into their crystal ball…

“It’s also hard to put a dollar amount to the benefits of upskilling,” Ms. Chavez said. “Companies that have figured this out — how to show ROI on their upskilling initiatives — are seeing great retention rates. Those that haven’t are seeing the opposite.”

In 2020 and beyond, companies that understand the bottom-line impact of providing training and opportunities for challenging, meaningful work will attract and retain the best candidates. Those that don’t, however, will find it harder than ever to persuade candidates to join — and they’ll find it almost impossible to convince them to stay.

The Randstad report said that to get the most out of your staff — and to keep them on staff — companies will have to make training, learning and providing challenging, meaningful work a priority in 2020. They’ll also have to think beyond the day to day and anticipate skills that will be needed in the future.

“Just as jobs continue to evolve, training needs to evolve from company-wide to job-specific to develop new skills and capabilities,” said Mr. Gutz. “Plan not just on existing positions, but project the company’s needs over the next five years. What types of skills will be needed for these roles? What skills are currently available and where do you need to help fill in the gaps? Can these roles be hired externally, or will you be more successful shifting resources internally?” Like it or not, that’s where we are all heading in 2020.

Related: Assessing Soft Skills to Land Your Next Top Hire