Menu
View our Events
Stay Connected:
This morning’s Labor Report shows another 1.5 million American workers filing for unemployment. According to leading economists, any job recovery now will likely happen in fits and starts, not in one fell swoop. Executive search experts from Beecher Reagan, Agility Executive Search and BarkerGilmore weigh in and help sort it all out! 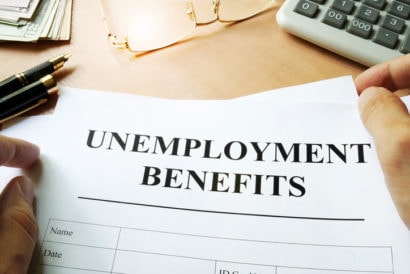 June 18, 2020 – Despite the U.S. adding a record amount of jobs last month, the Labor Department reported this morning that 1.5 million more Americans filed new claims for state unemployment benefits last week. Economists surveyed by Bloomberg expected the Labor Department to report 1.3 million initial claims. The latest numbers reflect the persistent strain on the economy caused by a pandemic wreaking havoc around the world. About 45 million people have now filed for unemployment benefits over the past 13 weeks, representing the biggest jobs loss in U.S. history.

“The prolonged plateau of over 20 million continuing to claim UI benefits despite states reopening sends a strong signal that any labor market recovery will happen in fits and starts,” said Daniel Zhao, a senior economist at Glassdoor. “The labor market’s path to recovery is littered with obstacles that could smother the rebound, from the expiration of federal support for businesses and workers to depressed consumer demand to the resurgence in COVID-19 cases.”

Ian Shepherdson, chief economist at Pantheon Macroeconomics, said: “It’s not clear why claims are still so high; is it the initial shock still working its way up through businesses away from the consumer-facing jobs lost in the first wave, or is it businesses which thought they could survive now throwing in the towel, or both? Either way, these are disappointing numbers and serve to emphasize that a full recovery is going to take a long time.”

Federal Reserve chairman Jerome Powell reiterated during his Congressional testimony earlier this week that the pace and strength of the recovery remained uncertain. Mr. Powell also said the central bank, as well as the government, might need to do more to support the economy, its workers and those hit hardest by the pandemic recession. The Fed has stressed that minority groups including black, Hispanic and female workers have been over-presented in bearing the brunt of the crisis.

According to CNN Business, more than 100 economists, including former Federal Reserve chairwoman Janet Yellen and chairman Ben Bernanke, sent a letter to Congress urging the government to deploy more stimulus.

“Unemployment should level off in July/August,” said John Wittorf, managing partner, EMEA, at Beecher Reagan. “We expect to start to see a decline in October and then hopefully we will see pre-pandemic numbers toward the end of the first quarter of 2021.”

“COVID-19 has completely upended the workplace,” said Patricia Lenkov, founder of Agility Executive Search. “Companies have had to furlough and downsize as well as restructure and reprioritize. All of this impacts the executive search business. The recruiting industry will be asked to help rebuild once businesses are expected to return to full capacity.”

The real impact of the current recession on executive search firms and the pause in new job orders remains a point of debate within the high-end recruiting sector. Many recruiters believe this time around the C-suite and boardroom will be generally insulated. Instead, what they do see with this particular economic shock is devastation among low wage workers. “This is an uncommon service sector recession,” said Scott A. Scanlon, CEO of Greenwich-Conn-based Hunt Scanlon Media. “That means we will see less of an effect on white collar jobs. That’s the sad reality of this downturn. Our view is that executive recruiters will be in big demand come fall.”

Ms. Lenkov agrees. “Leadership has been tested in ways previously unimaginable and this means that those who did not have the wherewithal to lead through this crisis will need to be replaced.” For those companies without successors, she said, “executive recruiters will be tasked with looking for new leaders who bring all of the qualifications previously required as well as a whole host of strategy, risk, environmental and human capital understanding and expertise.” The new CEOs, CFOs, board directors and other C-suite executives, she added, will need to manage in ever increasing complexity and in many cases a decimated business that needs to be quickly repaired. Calls to recruiters for assistance will therefore pick up as we enter the final months of the year.

“We are optimistic for a speedy recovery and maintain revenue targets for 2020,” he noted.