Menu
View our Events
Stay Connected:
Despite many businesses in America reopening, the COVID-19 pandemic continues to flood the market with displaced workers. As of this morning, nearly 42 million have filed for unemployment as another 1.9 million join the growing list just this past week. Let’s take a look inside the numbers as search experts from Berkhemer Clayton and Cognitive Talent Partners weigh in. 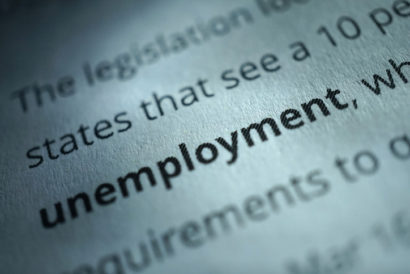 June 4, 2020 – The Labor Department reported this morning that 1.9 million Americans filed new claims for state unemployment benefits last week. This reflects the persistent strain on the economy even as many others came off the jobless rolls. Nearly 42 million people have now filed for unemployment benefits over the past 11 weeks, representing the biggest jobs loss in U.S. history.

Economists surveyed by Dow Jones had been looking for 1.8 million new claims. The total nevertheless represented a decline from the previous week’s upwardly revised total of 2.1 million. Filings under the Pandemic Unemployment Assistance program totaled 623,073.

“The job market is crawling out of the hole now,” Torsten Slok, chief economist at Deutsche Bank Securities, told The New York Times. “We do have the worst behind us.” But ‘the worst’ is quite bad by any measure in recent history.

“Even as states reopen, claims in the millions are an indicator that the economic pain of the COVID-19 crisis is still acute,” said Daniel Zhao, senior economist at job placement site Glassdoor.

“The rise in continuing jobless claims is worrisome because it means people remained unemployed and didn’t return to work,” Mark Tepper, president and CEO of Strategic Wealth Partners, said in an e-mail Thursday. “This is a terrible number, but weekly jobless claims have been on the decline over the past few weeks, as states across the country start to ease the coronavirus-driven lockdowns.”

“Last week’s jobless claims data contains more good news than bad,” Barclays outlined in a note to clients. “Continuing claims for the week ending May 16 fell by 3.9 million, to 21.052 million, leading to a drop in the insured unemployment rate to 14.5 percent, from 17.1 percent previously. This likely signals that the hiring rate accelerated and is broadly consistent with our outlook for a near-term peak in the unemployment rate in May, followed by declines thereafter.”

The weekly initial jobless claims report comes on the heels of the ADP private employment report and ahead of the highly-anticipated May jobs report, which is set to be released Friday morning. ADP’s report showed that the U.S. economy lost 2.76 million private payrolls in May, which was significantly fewer than estimates for 9 million job losses during the month.

That led Moody’s Analytics economist Mark Zandi to declare that “the Covid-19 recession is over.” Moody’s assists ADP in putting together the monthly private payrolls report. “That would make it the shortest recession in history,” Zandi said. “It will very likely be among the most severe.”

“As a boutique firm handling national searches, we are able to be very nimble during the economic crisis ahead, emphasizing personal service to our client corporations, universities and large non-profits,” said Betsy Berkhemer-Credaire, CEO of Berkhemer Clayton in Los Angeles. “Of course, large search firms have better access to capital and liquidity, so on the whole, they should be better equipped than small and mid-sized firms to weather a long-term crisis, even with higher overhead and shareholder pressures.”

10 Tips for Networking with Executive Recruiters During COVID-19
Now more than ever, search firms can be a great help to professionals seeking a new role. The key is to come prepared, says Dave Westberry of BridgeStreet Partners. Be genuine, have a polished resume, and be knowledgeable about the recruiter you are approaching. Others search leaders chime in as well from Bowdoin Group, NPAworldwide, and Frazier Jones.

Over 26 years in business, Berkhemer Clayton has survived four recessions. “Not surprisingly, we see that economic devastation caused by the coronavirus will certainly slow down new corporate search assignments. We see our university clients remaining stable as before, but nonprofits are not likely to engage new searches, and many may cease to exist. There may still be CEO searches at large nonprofit organizations, thanks to the current wave of baby-boomer CEO retirements. Our corporate and university clients that retained us just before the stay-at-home closures are going forward as planned. However, the potential corporate engagements we expected to come in have been put on hold, and we can’t predict when or if the companies will hire after the crisis.”

The greatest irony during the crisis, said Ms. Berkhemer-Credaire, is that many client supervisors and the candidates they hire will not meet in person until at least the first day they go to their offices after the crisis. “Both boss and new hire will see each other in person and (probably not) shake hands on the first day back. Often these newly hired executives have already started working from their homes weeks before they actually meet their boss in person.” That, she added, is making video interviews more important (“though they can only go so far”) while reference checking “will be even more important in this environment.”

“We, like most industries, face an unprecedented and challenging situation in this coronavirus-impacted, global economic environment,” said Anuj Dhawan, founder and managing partner of Cognitive Talent Partners. “The big reset for our business is going to be how we make sure digital work advances delivering the highest standards of productivity and performance to our customers worldwide. Leveraging new technology platforms, and establishing & defining precise, tangible and strict performance management frameworks will be imperative.”

“It is going to be imperative for every organization out there, including ours, to rethink its strategy and restructure, with a war footing effort towards capital preservation. Businesses that come out of this crisis with a stronger balance sheet, stronger human capital, a re-defined business strategy, and higher levels of productivity, customer centricity and technology advancements will be far better set up to leverage the pick-up in the global economy when that upturn cycle returns.”