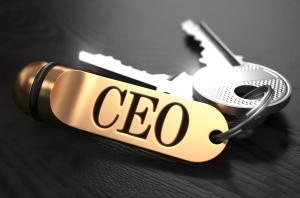 January 2, 2018 – Executive search firm Alder Koten has recruited Macedonio Garza as the new CEO of Farmacias Benavides in Mexico. The assignment was co-led by managing partners Felipe Llaguno and Jorge Davalos along with CEO Jose Ruiz.

Originally from Mexico, Mr. Garza won a reputation for building high-performance teams, with a focus on creating a culture centered around the client through all organizations. In 2001, he moved to the U.S. where he was responsible for the definition and design of strategic business processes and technologies at HEB, supporting merchandising and supply chain.

Mr. Garza returned to his homeland a year later to head HEB’s IT team in Mexico. During that time, he led the company’s change program, achieved improvements in enterprise resource planning systems and implemented a multi-purpose help-desk for customers, employees and vendors. In 2006, he was appointed director of human resources, where he oversaw an organization of 8,000 employees and helped reduce staff turnover by 50 percent. Seven years later, he joined Lowe’s Companies as vice president of merchandising.

Farmacias Benavides was founded in 1917 in Monterrey, Mexico, and is owned along with the Chilean pharmacy company Farmacias Ahumada by Walgreens Boots Alliance. In a recent resurgence, Farmacias Benavides is currently opening new locations throughout the region.

Mr. Llaguno is the managing partner of Alder Koten’s office in Monterrey, Nuevo Leon, Mexico and also manages the firm’s practice for family-owned businesses. His work focuses on helping clients acquire, develop and transition leadership talent through a combination of research, executive search, cultural and leadership assessment, and other talent advisory services.

Succession Planning an ‘Urgent’ Concern of Top HR Leaders
Seventy four percent of HR leaders have identified leadership succession and speed of development as the primary internal challenges they face, according to a just-released survey by talent solutions provider Lumesse and research company Loudhouse. The identification of tomorrow’s leaders is crucial to mitigate against the loss of critical talent in the future…