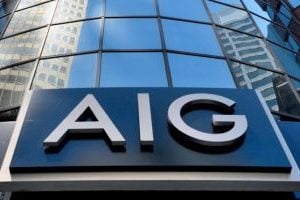 March 31, 2017 – American International Group (AIG) has tapped executive search and leadership solutions firm Egon Zehnder to find its next chief executive officer. Peter D. Hancock, president and CEO, recently informed the board of directors of his intention to resign. Shares of the company were up 1.75 percent in trading after AIG released the news. The incoming CEO will be its sixth since 2005.

As part of the company’s transition plan, Mr. Hancock will remain as CEO until a successor has been named. The board of directors is conducting a comprehensive search for his replacement.

Under Mr. Hancock’s leadership, AIG has been unprofitable for four of the last six quarters. In addition, AIG recently reported a $3.04 billion fourth quarter loss. The company’s performance woes date back to its near collapse into bankruptcy in 2008, when it was rescued with a $185 billion federal bailout. Last month, the Wall Street Journal reported that AIG’s directors were discussing whether to penalize or oust Mr. Hancock over a major setback in the insurance company’s turnaround plan.

According to Reuters, Wall Street analysts have floated several external candidate names as among possible CEO successors. Among them are John Doyle, who spent decades at AIG before leaving to oversee the brokerage business at insurer Marsh & McLennan.

Brian Duperreault, who oversaw the turnaround of Marsh & McLennan after the 2008 financial crisis and is now CEO of Hamilton Insurance Group is also a possibility, as is Daniel Glaser, the current CEO of Marsh & McLennan, and Constantine Iordanou, CEO of insurer Arch Capital Group Ltd.

What is important, analysts said, is that the next CEO has a firm grasp on AIG’s troubles in property and casualty insurance which have weighed heavily on its results. “We’ve seen a few examples in the insurance world of similarly large organizations that were similarly distressed that were able to turn themselves around,” said Meyer Shields, who covers AIG shares at Keefe, Bruyette & Woods. “I think it is fair to say that there are people out there who could do this job.”

AIG is one of the world’s largest and best branded insurance organizations. Founded in 1919, today its member companies provide a wide range of property casualty insurance, life insurance, retirement products, and other financial services to customers in more than 80 countries. These offerings include products and services that help businesses and individuals protect their assets, manage risks and provide for retirement security.

Since the economic crisis nine years ago, insurance companies have been challenged by leadership and top management defections. According to reports from Egon Zehnder, to stay competitive insurers will need to ensure they have access to the most highly skilled talent available, both in the C-suite and at the executive board level as well as in areas including financial risk management, innovative product development, underwriting and technical risk assessment / modeling and multi-channel distribution strategy. The search firm has over 50 consultants worldwide dedicated to serving clients in the sector.

Scrutiny on CEO succession has reached a new intensity. Combine regulatory and activist pressure for more detailed – and better disclosed – succession plans and you’ve got a recipe for deeper and deeper dives into how new CEOs are selected. In a disrupted business environment, the notion of “what the next CEO should look like” is less straightforward than ever before – further complicating companies’ efforts in their succession – and selection – planning process …. Here’s some further reading from Hunt Scanlon Media.

Walking the Tightrope of Executive Succession
In an interview year, George Davis, head of the CEO practice at Egon Zehnder, discussed emerging themes in the CEO succession space. Here, he explores internal candidate development, external search, crisis & interim succession, where succession can go wrong and how smart organizations use strategic succession as a competitive advantage.

Replacing a Family Patriarch, a Decade On

“The insurance sector, like all other industries, is experiencing meaningful disruption and transformation in business models,” said Craig Lapham, managing partner and CEO of The Lapham Group, a C-suite leadership provider specializing in recruiting top talent for the global insurance and diversified financial services sector. “What happened at AIG over the past several years was too much focus was put on radical transformation. This caused AIG to take their eye off the ball,” he added, particularly in terms of core underwriting discipline.

Technology and data transformation is undoubtedly changing the insurance sector, “but at its core, the insurance industry is still driven by focused and disciplined underwriting,” said Mr. Lapham. “To that point, AIG would be best served by attracting a highly credible, seasoned, and strategic P&C insurance industry CEO with meaningful depth of underwriting leadership experience across a complex multiline carrier.”

AIG, of course, has another cross to bear and one that it has had trouble grappling with for years: How best to replace a family patriarch leader. “Recruiting for a successor after a family patriarch has been in charge for decades is always a challenge,” said Mr. Lapham, as the longstanding CEO and the company “are viewed as one” from both an internal and external perspective.

“AIG was Hank Greenberg and vice versa,” said Mr. Lapham. “Mr. Greenberg was so successful because he had encyclopedic knowledge of every facet of the business — across every line and across every global region,” he noted. This unique breadth and depth of leadership, he said, can create a vacuum at the top when that executive is no longer present.

“Often,” said Mr. Lapham, “an entire executive organizational structure must be reassessed and realigned in the wake of the longstanding CEOs departure.” AIG’s leadership transition, he said, “is not as simple as just replacing a CEO who has been in the seat for a couple of years. I believe AIG is still grappling with Mr. Greenberg’s departure a decade after he left.”

Check Out These Related Articles On Recruiting CEOs: