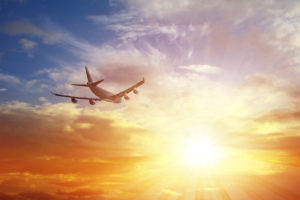 February 27, 2020 – Over the past year, a growing number of transportation companies have enlisted executive search firms to help find senior talent. After a nationwide search, ADK Consulting & Executive Search has placed Greg Pecoraro as the new president and CEO of the National Association of State Aviation Officials (NASAO).

“NASAO’s board of directors is very pleased and excited to welcome Greg Pecoraro as our new president and CEO,” said chair of NASAO’s board of directors and Alaska’s deputy commissioner for aviation. “Greg is an experienced and effective association executive with significant experience in aviation advocacy, and a deep familiarity with NASAO and state aviation. We are confident that his abilities and enthusiasm will serve NASAO well as we work together to promote a safe and efficient aviation system nationwide and in our states.”

Mr. Pecoraro has more than 25 years of government relations and management experience in the aviation and transportation sectors, both in government and associations. He served as vice president of government affairs for the Aircraft Owners and Pilots Association, as assistant secretary for administration at Maryland Department of Transportation, as well as other key leadership positions in the public and private sectors. In these roles, he has worked extensively across the aviation community, with policymakers at every level of government, as well as other association leaders.

In this role, Mr. Pecoraro will work closely with the NASAO board of directors and other state aviation leaders to fulfill the organization’s mission in representing the interests of the states and the public before federal policymakers. He will began in his new position today.

“I am very excited to be joining NASAO,” said Mr. Pecoraro. Our national aviation system makes possible so much of what we value in America, and state aviation agencies are critical to the safe and secure functioning of that system. I look forward to helping NASAO share the excitement and importance of Aviation, and to fostering a better understanding among policymakers and the public of its tremendous value to their communities.”

The National Association of State Aviation Officials is dedicated to representing the interests of the states and the public before policymakers at the federal level. It is the only organization deeply invested in representing the public interest in all facets of aviation and airports.

Founded in 2003, Atlantic Beach, FL-based ADK specializes exclusively in talent searches for the airport management community. The firm has filled a number of important roles, including recruiting Carl Newman as chief executive officer of the Jackson (MS) Municipal Airport Authority, Kelly Fredericks as president and CEO at TF Green Airport in Rhode Island, David Haring as executive director of the Lincoln (NE) Airport and Michael La Pier as executive director of the Monterey (CA) Peninsula Airport.

ADK is led by founder and president Doug Kuelpamn, who has a history of over 40 years in aviation.