Menu
View our Events
Stay Connected:
From new tax laws, to the #MeToo movement, to climate change, non-profits will face tough challenges over the next 10 years, forcing them to rethink how they operate, says James Abruzzo, of DHR International. In a new report, he offers eight predictions for the sector and the impact each will have on talent. 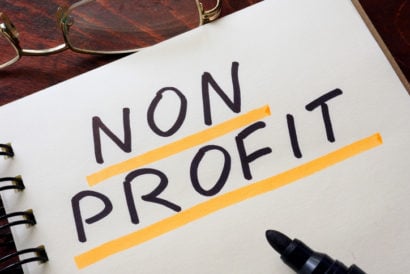 February 27, 2020 – It’s the turn of a new decade, and several social, technological, economic and political forces promise to shape the future of the non-profit sector. Some are already in play–or have been for some time –and are already challenging non-profit organizations.

These ingredients have the potential to fundamentally transform the sector, says James Abruzzo, global non-profit practice leader at DHR International. “A convergence of these factors will alter the landscape, necessitating a major shift in the way non-profit organizations operate,” he said. How talent is sourced and recruited, already a major challenge across the sector, will also undergo a radical shift.

In a newly released report, “2020 Nonprofit Forecast: Eight Predictions for the Decade Ahead,” Mr. Abruzzo outlined his expectations for the years ahead:

The Tax Cuts and Jobs Act of 2017 largely reduced the charitable giving incentive for American taxpayers by raising the standard deduction amounts for individuals and married couples. “Though it’s too early to gauge the law’s full effect on the non-profit sector, initial predictions that it would negatively affect fundraising have merit,” said Mr. Abruzzo. “According to Giving USA, charitable giving by individual Americans decreased by 1.1 percent from 2017 to 2018, this after years of steady growth in overall contributions.”

Unlike other nations, the U.S. government assumes only a marginal–and dwindling –responsibility for the social, cultural, and educational well-being of Americans, he said. “Rather, the tax laws had incentivized individuals, foundations and corporations to support the non-profit sector by allowing for ‘rebates’ on those contributions through tax deductions. Many fewer individuals are now itemizing their returns and, therefore, not contributing. And with changes in corporate and estate tax –particularly, the quadrupling of the estate tax deduction limit–fewer foundations will be formed. As economist and scholar of philanthropy Patrick Rooney predicts, ‘bequests from estates could decline by about $7 billion a year.’”

James Abruzzo has more than 30 years of experience as an executive search consultant to non-profit organizations. His clients include mid-sized to large social service organizations, universities, arts/cultural, international relief, foundations and trade associations. In addition, he is a trained management consultant and is well-known for his work in executive compensation for non-profit executives.

Conversely, the new tax law has brought a very positive effect on the stock market, thereby increasing endowments, a major source of operating income for the larger non-profit organizations. And colleges, particularly, are relying more on endowment returns to fund operations. “The historic bull market will unquestionably end in the coming decade, causing significant declines in endowment assets, and because of three-to-10-year averaging, will significantly reduce operating income for many years,” said Mr. Abruzzo.

In recent months, the U.S. unemployment rate has hit at a 50-year low, creating a highly competitive job market and exacerbating the talent shortage in the non-profit sector. According to the Johns Hopkins Center for Civil Society Studies, the number of jobs U.S. non-profits created increased by 16.7 percent from 2007 to 2016. In contrast, for-profit job growth over that same time period was only 4.6 percent.

Impact on Talent: “Non-profit organizations traditionally attract those who place greater personal satisfaction (psychic reward) over salary and benefits,” said Mr. Abruzzo. “This is a tougher sell in a thriving job market. As we continue to see strong job growth within the non-profit sector, there will be a dearth of candidates for executive-level positions. Without the professionals to raise funds, manage costs and address extraordinary disruptions, the sector will be in crisis. And, as one immediate outcome of the gap between demand and supply for talent, expect to see a boost in executive compensation, which leads me to my next prediction.”

Prediction No. 3: Non-profit executive compensation increases will outpace inflation and cost of living.

Traditional compensation benchmarks aren’t holding up for today’s non-profit executives, which can be attributed to a confluence of factors–chief among them, the talent shortage. “I was asked to comment on this trend for a recent Broadway Journal article on rising executive compensation in the theater industry,” said Mr. Abruzzo. “Put simply, it’s a lot of work to run a theater company: Attracting and retaining capable leaders is a top priority for boards in a candidate-driven market.”

According to DHR International’s proprietary surveys, he said, the rate of increase in salary for non-profit CEO positions has grown by an average of six percent per annum since 2015.

And many of today’s non-profit leaders are receiving unprecedented compensation, with increases far surpassing the rate of inflation. “In New York City, for example, dozens of directors of top cultural institutions are earning over $1 million annually, and salaries for healthcare and academic executives are also in the seven-figure range.

Impact on Talent: “CEO compensation will continue to accelerate,” said Mr. Abruzzo. “For fundraising positions, we will see higher-than-ever compensation levels as non-profit organizations compete for contributions. The search firms specializing in recruiting fundraisers will find plenty of clients, but fewer and fewer qualified candidates.”

Non-profit performing arts organizations, such as symphonies, ballet and dance companies, and opera companies, have struggled to remain viable over the past several years, as bankruptcies, strikes and layoffs plague the industry. Touring Broadway productions continue to thrive, however, with national touring raking in even more money than the billions generated on Broadway in New York ($1.63 billion versus $1.43 billion during the 2018-2019 season, according to Statista).

There has also been unprecedented leadership turnover across the classical performing arts sector. “Furthermore, the pipeline for leadership is not there to meet the demands,” said Mr. Abruzzo. “Changing tastes, an oversupply of product and the delta between the availability and demand for leadership will lead to bankruptcies and dissolutions of many of the classical arts organizations.

Impact on Talent: “The arts are a business and business skills are still a given,” he said. “However, leaders who demonstrate program innovation, and ironically, creativity, will have the best chance for sustaining the performing arts groups.”

Prediction No. 5: #MeToo movement and broader ethical issues to necessitate a collective and cogent sector response.

Performing and visual arts organizations–long dominated by male leaders, overseen by male boards and presenting (mostly) works by men–have been roiled by scandals related to the #MeToo movement.

“Within one year, the heads of Lincoln Center, the Metropolitan Opera, the Metropolitan Museum of Art and the New York City Ballet lost their positions because of a #MeToo-related issue–and this is scratching the surface,” said Mr. Abruzzo. “Beyond the arts, the Boy Scouts are losing national membership because of the organization’s inadequate and confusing response to social and ethical issues around homosexuality. Meanwhile, some of the largest non-profits and universities are confounded by the question of dirty money as mega contributions from the Sackler family to Jeffrey Epstein are being returned (or not), while board members are undergoing background purity tests.”

The composition of board leadership is also being challenged. As one example, Mr. Abruzzo pointed to the resignation of Warren B. Kanders from his position as vice chair of the board for the Whitney Museum of American Art following artist protests over his ownership of a company that produce tear gas allegedly used at the U.S. southern border.

“These ethical dilemmas and moral questions will continue to press on all areas of the sector, which will either be forced to come together around a unified, professional code of ethics or continue to undergo these disruptions,” said Mr. Abruzzo.

Impact on Talent: “A successful non-profit leader will not only have the functional skills of fundraising and financial management; they will be value-driven with a strong ethical core and the personal conviction to ensure their organization upholds the highest ethical standards,” noted Mr. Abruzzo.

Prediction No. 6: Innovation and other disruptive forces to transform operating models for disease and health foundations.

Organizations like the American Cancer Society and National Multiple Sclerosis Society are among the largest and most established brands in the world, while others, like the Huntington’s Disease Foundation, serve a smaller, specialized community. “Just as the rise and proliferation of the internet disrupted the newspaper and retail industries, the spread of Facebook and other social media is having a similarly insidious effect on disease organizations and the communities they serve,” said Mr. Abruzzo. “Those who are diagnosed with and affected by diseases can now connect through online support groups and consult sources for medical and treatment information, which is changing the relationship between disease organizations and the communities they serve.”

Impact on Talent: “Over the next 10 years, these organizations must change their business models to stay relevant –and the infrastructure to serve the national affected population will change, likely resulting in the downsizing and elimination of the local chapter model,” he said. “The traditional talent pool is being replaced by former and current board members with business backgrounds and a personal connection to the cause who are taking on the CEO role.”

Scientists have long been predicting an increase in natural disasters as a result of climate change, and we’re seeing it come to pass in the form of more frequent and intense hurricanes, wildfires, droughts and other extreme weather events. Concurrently, we’re in the midst of a global refugee crisis, with Doctors Without Borders reporting 70.8 million forcibly displaced people worldwide.

“This convergence undoubtedly has and will continue to put enormous strain on the management of humanitarian organizations, such as the Red Cross, Salvation Army and Doctors Without Borders,” said Mr. Abruzzo. “The response to these growing tragedies is more funding and more volunteers, but there is a larger issue of infrastructure–or lack thereof. These escalating global crises will profoundly affect the ability of the non-profit relief organizations to provide adequate logistics, account for how they spend their contributions and manage what are now significant business operations. Many of these organizations will be forced to divert service delivery into building larger and more effective businesses –or they will ultimately lose the trust of donors.”

Impact on Talent: “As a chair of one of these organizations commented to me,” said Mr. Abruzzo, ‘We need logistics people, strong finance leadership and people with the talent to scale our organization. The volunteers are there, usually and the funding usually follows -we need to ensure that the management team provides the strategic support while not burning out.’

Most non-profit organizations are politically liberal, said Mr. Abruzzo. “They support human rights, freedom of ideas, personal expression and choice,” he said. “There is no doubt that the ’20s will see an intensification of a geopolitical trend toward conservative government control–notably, in countries like Hungary, in the fomenting of conservative parties in Italy and France, and in a toxic mix of religious, economic or social orthodoxy in the superpowers of India and China. There are many warning signs even in the U.S.”

Impact on Talent: “In addition to the traditional array of talent required in nonprofit leadership, is the political skill to navigate the new political realities of the changing world,” Mr. Abruzzo said. “There were always supportive stakeholders, the reality is managing the negative political forces working against these traditionally ‘good’ causes.”

“These and other environmental, political, social and economic forces will challenge the non-profit sector,” he added. “Those that prepare will become stronger and more relevant, while those that ignore the changes may not survive the decade.”