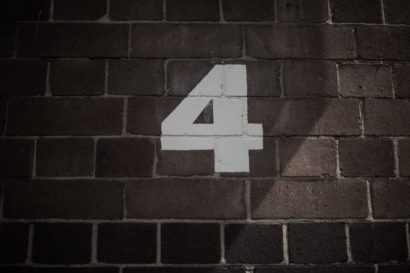 July 8, 2019 – If the second half of 2019 is anything like the first, business leaders are in for a wild ride. The geopolitical landscape remains as volatile as the stock market. Signs of an economic slowdown are emerging, making consumers and investors equally skittish. Organizations are still looking for ways to cut costs while ramping up investment in automation and other technologies.

A newly released report by Korn Ferry asked experts where it all may go from here—and what are some of the biggest issues business leaders should watch out for over the next six months.

No issue dominated business news more during the first half of the year than trade. Until the tariff dispute between the U.S. and China ends, that is unlikely to change. Already the standoff has caused prices to decline while forcing companies to pay more up front for raw materials, impacting profits and return on investment on new projects. Ron Malachuk, a principal in Korn Ferry’s global industrial market practice, said the result has been a chain reaction. “Industrial firms are hesitating on project expansions and new investments, causing hiring to slow and in some cases halting it altogether,” he said.

Consumer sentiment has gone from rosy to anxious, with mounting concerns over a downturn. “As companies face increased costs, the fear is job growth will fall and layoffs will be imminent,” said Craig Rowley, a senior client partner and global practice leader for the consumer sector at Korn Ferry. “That big influence on consumers this fall will be the beginning of the presidential campaigns.”

“Uncertainty around the election will impact how companies invest,” Mr. Rowley said. “And influence how consumers view the predictability of their lives, which impacts their confidence and personal willingness to spend and invest in their own lives.”

To further illustrate the current state of consumer confidence, the Conference Board Consumer Confidence Index declined in June, following an increase in May. “After two consecutive months of improvement, consumer confidence declined in June to its lowest level since September 2017,” said Lynn Franco, senior director of economic indicators at the Conference Board. “The decrease in the Present Situation Index was driven by a less favorable assessment of business and labor market conditions.”

Consumers’ expectations regarding the short-term outlook also retreated. “The escalation in trade and tariff tensions earlier this month appears to have shaken consumers’ confidence,” said Ms. Franco. “Although the index remains at a high level, continued uncertainty could result in further volatility in the index and, at some point, could even begin to diminish consumers’ confidence in the expansion.”

The May jobs report gave credence to the slowdown fears that pundits have long been predicting when the U.S. economy added just 75,000 jobs last month. As reported in Hunt Scanlon Media’s just released economic analysis, however, June saw the unemployment market bounce back adding 224,000 jobs during the month.

Manpower’s recent look into hiring plans for the remainder of the year confirms that companies are looking to hire, with 21 percent of employers planning to add staff. The report found that employers in all U.S. regions and industry sectors said they are expecting headcount to grow. “At a time of record low unemployment and employer optimism at levels we haven’t seen since the mid-2000s, we need to do more to connect people to jobs if we’re going to sustain economic growth,” said Becky Frankiewicz, president of ManpowerGroup North America.

Melissa Swift, a senior client partner and leader of the digital advisory practice in North America for Korn Ferry, expects the hiring market to remain hot for the right kind of talent.

“There is a disconnect between the economic rhetoric and business behavior,” said Ms. Swift. Organizations aren’t hitting the brakes on hiring as hard as they might have in the past, she said, because “regardless of what is happening in the economy, they still have to change and reskill talent for the future.”

Walkouts. Unions. Social media callouts. Employees, more empowered than ever, are increasingly speaking out. The Korn Ferry survey found that nearly 50 percent of Millennials recently spoke out either in support or in criticism of their employer’s actions on a controversial issue.

Social Media Continues to Impact Hiring and Executive Recruiting
For all its popularity, social media brings risks as well. Employers, and would-be employers, are paying attention to what gets posted online, and for many that could spell trouble. Recruiter Alan Medders, who recently created a social media analysis tool, discusses his new service and social media’s impact on hiring.

This trend isn’t going away anytime soon and will likely increase in both frequency and effectiveness, said Alina Polonskaia, a global leader of diversity and inclusion solutions with Korn Ferry. “The activism is being driven in part by the purpose movement; consumers and employees want to back organizations that make a positive social contribution.”

But the need for talent with extremely specialized skills is also a driving force. “Employees that have the in-demand skills are realizing they have the power to speak up and voice an opinion,” said Ms. Polonskaia. “Leaders need to develop listening channels to connect with and understand what’s on the minds of employees.”