Stay Connected:
For all its popularity, social media brings risks as well. Employers, and would-be employers, are paying attention to what gets posted online, and for many that could spell trouble. Recruiter Alan Medders, who recently created a social media analysis tool, discusses his new service and social media’s impact on hiring. 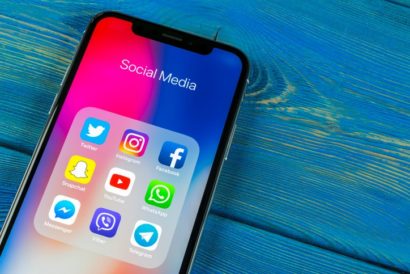 March 4, 2019 – Social media usage continues to grow. New users and new applications are reported every year. Facebook CEO Mark Zuckerberg recently posted an announcement about the platform having hit two billion users. To put that into perspective, that is six times the population of the U.S.

CareerBuilder recently reported that over 70 percent of employers are screening social media to research job candidates. Within that large group, 57 percent indicate they have found content that caused them to pass on a candidate.

“The chances are that many of those offensive posts were merely available to the public,” said Alan Medders,co-founder of Higher Education Leadership Search. Dr. Medders recently rolled out Social Media 23, which provides a social media screening solution for potential candidate vetting, ongoing employee monitoring and consulting on how to develop institutional/organizational/department code of conduct policies.

Dr. Medders is no stranger to the exhaustive vetting process that goes into hiring candidates for administrative and faculty positions. He served 25 years as an administrator at public and private universities and colleges, as well as a stint working for education-focused search firm Myers McRae before starting his own firm with his wife, Denise, in 2017.

Dr. Medders’ Social Media 23 software screens candidates for five criteria: language, actions or affiliation with groups that discriminate based on race, religion or gender; obscene language or content in posts; use or abuse of controlled or illegal substances; and sexual harassment. In addition, it checks personal disposition, looking for language that expresses depression, anger or anxiety. The categories can be customized to suit a particular institution’s needs.

The Difference between Public and Private Posts

In Facebook, public posts can be seen by anyone. There is no restriction on who can view them, which makes discovery of these posts merely a matter of looking at the persons’ profile and then scrolling along.

As awareness of social media increases so does the feeling of making an error or exposing true attitudes and beliefs. This has prompted many of the social media user community to review and modify their privacy settings in an attempt to keep public eyes off of their posts.

“Not everyone has made this attempt, so there are still plenty of offensive and embarrassing posts viewable by the public,” Dr. Medders said. “A person just has to spend the time to look for it, which is how social media posts end up in the media or widely spread. Public social media screening may detect some poor online behavior, but it certainly will not be able to detect those protected from view via privacy settings.”

Background Checking Candidates with Social Media
Increasing numbers of search firms and employers are using social media and Internet searches to screen candidates before hiring, according to a recent poll. While drug testing and credit checks used to be the biggest factors that could disqualify an otherwise great candidate…

“Typically, when a person is hired into a company, they open themselves up to an investigation by their peers, even if they don’t connect on social media,” he said. “They may have public posts that will spark interest or alarm. That could be a photo they are tagged in, a post in which they have expressed a personal opinion about controversial subjects or participated in conversations that were inconsistent with their new employer or the organizations or institutions social media code of conduct, if they have one.”

The person may have changed their privacy settings and “moved” posts from the public eye anticipating interest from new acquaintances. Perhaps no one discovers anything out of the ordinary. Even in that scenario, it only takes a connection to one other employee to expose what may be hidden from public view.

“That is why public screening does not provide much risk mitigation value,” said Dr. Medders. “If you are only checking to see if the person has a social media account, you should save your time, money, and bandwidth and assume that they do. You have a 70 percent chance of being right. Even doing public screening by a current or potential employer does not require permission by the employee or candidate – the information is public and all they would have to do is find you on the social media platform and see what is there.”

Permission-based screening helps you avoid the pitfalls of bad social media behavior by analyzing both the public and the privacy-protected activity of the potential hire.

“This type of screening is more valuable as it provides an insight into the entire social media body of work, not just the posts the person decided was OK for the public to see,” said Dr. Medders. “If you are relying on public social media screening to reduce your risk of a bad hire or negative impact on your organization, you may need to rethink your approach. Consider a more comprehensive and thorough approach using permission-based screening.”

Dr. Medders recently discussed with Hunt Scanlon Mediasome basics that everyone should be familiar with as social media continues to play a big role in multiple aspects of life.

Alan, explain Social Media 23 and what led to its launch?

In the previous firm I worked with we had assisted a university with a provost search and, following the public announcement, someone on campus simply googled the candidate and discovered that the candidate had a Facebook page that purported him to be a pedophile. This was shared with the president’s office who immediately contacted me. After contacting the candidate, it was determined that it was actually a fake Facebook account that the candidate had tried to get removed for years but with no success. After contacting Facebook about the situation, Facebook quickly removed the account. In order to determine how to keep instances like that from happening again, I contacted my daughter, who is a security analyst for the Alabama Law Enforcement Agency and who specializes in social media to see if there were tools she was aware of that we could use to mitigate this kind of issue in the future. At that time there were no services that were available outside single word search options that were extremely expensive. I reached out to the office of technology commercialization at the University of Alabama at Huntsville to see if there was interest in assisting with the development of such a software platform. The University immediately put together a research team from the College of Science – Computer Science Dept. and the College of Business and, after several months of investigation, determined that the University could develop a program and wanted to engage in the project.

“Social media has radically changed talent acquisition. Organizations and institutions can no longer take the chance that something is not going to be exposed about a candidate, either before or after hiring, on their social media accounts.”

How can it help executive search firms?

If the executive search firms are tasked with the background checks and vetting of candidates prior to employment, just as they would conduct financial, education, motor vehicle, sexual offender, credit, social security and other areas, Social Media 23 can conduct the social media screening for them. Each of these areas of vetting are intended to mitigate risk to the organization or institution as they want to know as much about the candidates they are considering for employment.

How has social media permanently changed the nature of talent acquisition?

Social media has radically changed talent acquisition. Organizations and institutions can no longer take the chance that something is not going to be exposed about a candidate, either before or after hiring, on their social media accounts. Once something is discovered it will simply go viral.  Organizations and institutions have to now seriously consider how their brand image could be impacted, how their competition could and would react, and how will it impact the financial picture either stock prices, market share, attendance, enrollment and support. If something negative or detrimental is discovered, these organizations and institutions cannot afford for it to be acceptable behavior for their employees, let alone their leadership team.That is not just the public facing issues. Internally, if these issues come to light, it creates a lack of credibility in the vetting process and procedures for both/either HR and the search firm. There is also the cost of termination, conducting a new search and potential legal costs. Increasingly, these are risks that organizations and institutions can no longer ignore. Social media is not going away.

Here’s How Recruiters are Evolving Alongside Social Media
Over the last 50 years, technology has fundamentally changed the way people live. With every new medium, the scope and impact of technology becomes broader and more pervasive than before. Today, the combined effect of mobile communications and the availability of the internet have made it so that we feel …

How often does social media impact the hiring of an executive?

This is actually a question I believe deserves much more research. When it comes down to reviewing and considering candidates, social media may not be the determining factor on whether a candidate is hired or not. However, put together with all the other background and vetting material it may verify certain characteristics or patterns of a candidate that do not fit with the culture and ethos of the institution or organization and they are going to minimize their risk because of the potential negative impact.

For an executive that is looking for work, what should he or she do to make sure their appearance on social media is appropriate?

I think the most simple approach for executives and really anyone looking for employment and knowing their social media will likely be screened is: (1) Put yourself in an organization or institution’s shoes and after reviewing your own social media posts, would you hire you?; (2) It is like the saying, “What is the easiest way to get out of a hole? – first, stop digging, then stop posting inappropriate or questionable content on your social media accounts;” (3) You can also do what I call good social media hygiene – you can delete inappropriate or questionable content from your accounts. However, that does not mean it has gone completely away; that content could be connected to other accounts where others have commented, shared that content with others or someone has taken a screen shot of a post, which unfortunately may appear in the future beyond your control; (4) (and most importantly)– Think before you post anything on how it is going to reflect on you, your organization or institution and how it could impact employment in the future.