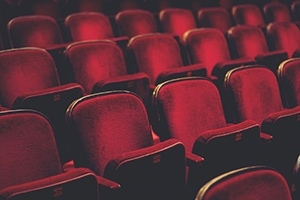 July 9, 2019 – Sydney-headquartered AEGEUS Executive Search has been selected by Queensland Theatre to find its next artistic director. Sam Strong, who has held the role for four years, recently announced that he will be leaving the organization later this year. Managing director Tony Grierson is leading the assignment.

“Queensland Theatre has been and will continue to be a dream job,” said Mr. Strong. “Amanda Jolly is a wonderful executive director and I will miss our partnership, as well as chair Elizabeth Jameson’s leadership. But November 2019 is the perfect time for me to hand the reins to someone else.”

Queensland Theatre is led by both the executive director and the artistic director, each of whom has clearly defined responsibilities. Both report directly to the board and a harmonious, productive and mutually respectful relationship between the two roles is critical.

Both the executive director and artistic director articulate and energize the organizational culture, with one focusing on enterprise leadership and the other on artistic leadership, said AEGEUS Executive Search.

The artistic director has primary responsible for developing and realizing Queensland Theatre’s artistic vision, said the search firm. In collaboration with the executive director, the artistic director is the public face of Queensland Theatre in its dealings with audiences, theatre artists and all other major stakeholders. In addition, the position has responsibility for devising, planning, scheduling, presenting and evaluating all aspects of the theatre’s annual program of artistic activities and the company’s strategic and operational goals.

The job offers an opportunity to bring artistic vision and leadership to a state flagship theatre company. “It is a key role in one of the largest and best regarded arts organizations in Australia,” said AEGEUS.

Operating throughout the Asia-Pacific region, AEGEUS Executive Search is a partner to boards and senior management of organizations and institutions in: education, arts and culture, social enterprise, public sector, sports, leisure and tourism. The firm specializes in the identification, assessment and recruitment of leading candidates with high potential and exceptional cultural fit who will make an impact on the organization and the sector in which they operate.

Mr. Grierson’s expertise in executive search encompasses board, senior executive and academic roles in education, arts and culture, social enterprise, public sector, and sports, leisure and tourism. In the arts and cultural sectors he has conducted searches for board members, CEOs, executive directors and artistic directors, along with senior executive positions for many of Australia’s performing and visual arts organizations, festivals and cultural institutions. These include the National Gallery of Victoria, National Film & Sound Archive, Powerhouse Museum, Orchestra Victoria, Australian Ballet, Australian Major Performing Arts Group, Queensland Theatre Company and the Melbourne Symphony Orchestra, among others.