Stay Connected:
It can be tough to choose the perfect person to help grow your company. Here are five suggestions from one leading executive recruiter for finding leaders that will transform your organization and drive significant change. 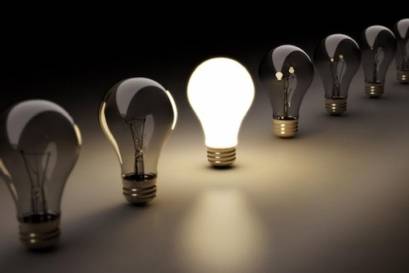 November 30, 2017 – Keeping up with the rapid pace of change is one of the biggest challenges facing businesses today. With technology advancing rapidly and the expectations of customers shifting, achieving success depends on finding talent that can move and transform as rapidly as the business itself. But that’s easier said than done.

If your goal is to fundamentally transform your organization and drive significant change, you may need to look beyond your traditional recruiting pool for transformational talent – an “outsider” with a fresh approach and the innate ability to catalyse digital innovation, exercise critical leadership qualities and question the status quo. Knowing what to look for, however, can be a challenge, said the report.

Transformational talent starts with the idea that the right person in the right position can dramatically alter the course of a company or organization for the better. “Unlike traditional executive recruiting, transformational talent often comes from outside of the usual skill and experience set, or industry that would have typically been chosen,” said the report.

Such candidates bring a fresh set of eyes, a valuable outside perspective and the ability to radically alter the path a company takes from mission statement to revenue, the report said. Oftentimes, these individuals are found or placed in roles that have never existed before and were created based on a unique need.

2. New Role or In Need of Upgrade Due to Technology?

The first question to ask is whether it’s a new role, a role that’s never existed within your company or industry, or an existing role that needs significant upgrade because of the infusion of digital marketing and technology. “For many companies, the way to fill these roles and create lasting, meaningful and profitable change is not to reach out to experienced industry executives, but instead, unexpected and exceptional candidates from unusual places,” said the report.

For example, when PepsiCo needed a way to reinvent its vending machine business, they looked beyond traditional industry channels and turned to Microsoft to recruit a technology executive who ultimately helped create the Xbox Kinect. Although seemingly unrelated, the candidate’s digital skills translated well to PepsiCo’s goals, the report said.

This Recruiter’s Top Five Secrets for Landing Candidates
Candidates remain in control of today’s job market and recruiters and their clients are therefore moving faster than ever to land top people. Here’s one recruiter’s top five secrets to successfully landing them.

The trifecta of skills that PepsiCo was looking for internally didn’t exist and it was critical that the person they hired had the skills to understand digital and how it can be leveraged by a food and beverage company largely foreign to the idea. PepsiCo has built a reputation as a global leader in edible consumer goods, but with the help of transformational talent, MJS said, the company has been able to successfully enter into hardware and compete with LG and Samsung.

Transformational talent tends to have a combination of a handful of skills, the recruitment firm said. In the case of PepsiCo, an engineer with an MBA who previously developed a product that never existed before was recruited to reinvent vending, fountain and cooler equipment. According to MJS, these transformational executives have abandoned their silos to become cross-disciplinary experts that understand the power of technology and know how to harness and effectively integrate it into an existing business structure.

4. Did the Candidate Have a Transformational Moment or Take Time to Invest in New Skills?
Innovation is critical to the future success of any modern company, and transformational talent recognizes that traditional skill-sets fall short in handling the business challenges of tomorrow, said the report. “The best candidate will be someone with a forward-thinking attitude, the desire to grow, change and innovate who also has non-traditional skills that can translate to your needs, rather than someone with a skill set that fits a traditional model.”

Typically, this person will be someone who has taken the time and effort to invest in new skills, which might be drastically different than what they’ve done in the past, the report said. “For example, a financial planning pro who invests in learning data visualization via Tableau and catapults himself to his dream career. The key is that these candidates tend to be forward-thinking and are always looking to get ahead on mastering the skill-set of the future.”

Close the Book on Searches and Hire the Best Candidates Quickly
Here’s a storyline that – unfortunately – plays out far too frequently: After interviewing all three final candidates for a senior level position, the members of the hiring team can’t come to a conclusion on which is best for the job.

5. Do You Turn to Rivals for Talent or Go Outside Your Industry?
If you’re a company on the leading edge, odds are your competitors don’t have the talent you’re looking for. MJS said the solution is think about which industries have the talent that’s going to help you set yourself apart. “For example, poaching machine learning talent from Amazon and placing them in a financial services role,” the report said. “This means exploring fields and industries that are only somewhat, or not at all, related to your industry. The next step is understanding how you can translate the skills of these candidate to fill the needs of your company.”

Conducting an executive search can be a tangled web of time consuming challenges. When it comes to finding transformational talent or filling a role that’s never existed before, these challenges can be magnified.

“As you delve into the search process, it becomes difficult to pinpoint top candidates,” said Matthew Schwartz, founder, president and CEO of MJS. “Productive, experienced, long term stability, company culture, and affordable are just some of the buzz words that come to mind when thinking about top talent.” Finding the Swiss Army Knife of candidates, he said, can quickly become an arduous task with several variables that makes finding that top candidate frustratingly hard work.

“You may need to find a candidate that doesn’t neatly fit into a category or departmental designation,” according the MJS study. “Oftentimes this requires breaking out of your industry and looking at the broader business/technology landscape to find someone who can offer a fresh perspective on the way your company interacts with its customers. Transformation doesn’t happen on its own. It stems from having the right people in the right positions, but recruiting and retaining game-changing executives takes meticulous planning, broad knowledge and experience.”