Menu
View our Events
Stay Connected:
A Korn Ferry report finds that a vast majority of professionals say that a bad reference doesn’t necessarily take a candidate out of the running. In fact, more than half say it’s more appropriate to give “negative” job references today than five years ago. Let’s take a closer look! 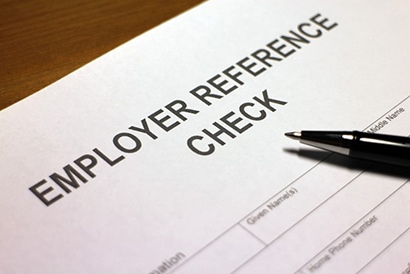 But according to a new survey of professionals by Korn Ferry, that advice, at least when giving job references, can be problematic.

While 25 percent of the professionals surveyed admitted they will only give positive references and not share unfavorable thoughts, 86 percent indicated that offering only glowing feedback about a person during a reference call could hurt their own career if the person did not perform well once hired.

The survey also showed that while 54 percent of respondents said it’s more appropriate to give a bad reference for a job candidate than it was five years ago, more than half (51 percent) said they will only agree to be a reference if they have good things to say.

“Most people are fearful of giving anything but positive reviews during a reference check, believing it could harm not only the person, but their own reputation. However, that’s not likely the case,” said Bill Gilbert, Korn Ferry head of North America professional search. “Our survey found that 97 percent of respondents have never gotten in trouble for sharing negative information during a reference check, and if constructive feedback is shared and the candidate is hired, it could help the employer create a tailored development program that addresses the feedback.”

Employers Using Social Media More and More to Screen Candidates
According to a new CareerBuilder survey, 70 percent of employers use social media to screen candidates before hiring, up from 60 percent just two years ago. So, if you’re a job candidate, pause before you post!

The majority of survey respondents did not believe a negative reference necessarily takes a candidate out of the running. Ninety-three percent said that if candidates received negative references, they would still consider hiring them if they were a good fit for the role.

When asked about their own experiences, nearly a fifth (18 percent) of respondents said they believe they have lost a job opportunity because of a negative reference.

The survey also revealed a lack of consistency in the reference checking process, with nearly a third (31 percent) saying they only check references some of the time.

The Korn Ferry poll took place in August and September and garnered more than 2,000 responses. Here is a look at what was asked and the responses given:

Related: Here’s How Recruiters are Evolving Alongside Social Media