Menu
View our Events
Stay Connected:
Sixty-four percent of those around the world would consider emigrating to boost their career and life-work balance, says the latest Randstad Workmonitor study. India tops list for those who would leave for a substantially higher income at 91 percent. Let’s take a closer look. 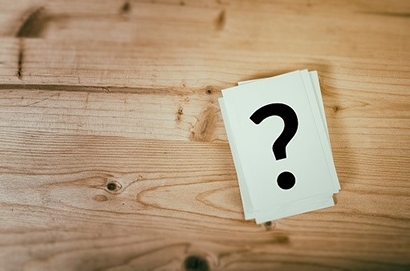 September 19, 2019 – Amid fast-paced innovation and global competitiveness, employees are facing more professional choices than ever. Attracting talented people to grow businesses remains extremely difficult for employers. Holding on to people proves to be an increasing challenge for organizations worldwide as well. So what do today’s workers want?

Developing one’s career seems to be an important factor in people’s lives as 64 percent of the global respondents would consider emigrating to improve their career along with their work-life balance, according to the newly-released Q3 Randstad Workmonitor study. Fifty-nine percent said they are willing to emigrate for a substantially higher salary and 54 percent in order to have a meaningful career. On the other hand, 54 percent said they would rather switch careers than emigrate.

Regionally the Randstad report found that people from India were most willing to emigrate (for all purposes, more than 90 percent said they would), whereas the Dutch said they are less inclined to leave their country of birth (on average 37 percent). A substantially higher income (91 percent) was a reason to emigrate for the respondents from India whereas this factor did not seem to be a motivation for the Japanese (35 percent). Also the search for a meaningful career (92 percent) could cause people from India to emigrate, which was much less the case for the Austrians (30 percent).

Where Do People Want to Work?

The Workmonitor study asked people, “If I had to work abroad, I’d prefer to work in…” which resulted in the U.S., Germany and Australia being the top choices. “From the results, it can be concluded that most respondents would prefer to either stay close to their home region or live in a country where people speak their native language,” said Randstad. Respondents from Japan, however, seemed to prefer English-speaking countries: the U.S., the U.K. and Australia.

Related: Elite Talent: Why Do They Leave?

It was not a necessity to work within walking or cycling distance from their homes for people in the Netherlands (48 percent) or Denmark (50 percent), but people in Turkey (84 percent) and in Hong Kong SAR (82 percent) said they consider this a priority. Randstad pointed out that an interesting job is considered worth the effort, however, as globally 69 percent were willing to travel for this attribute. In China, the willingness to travel was the highest (92 percent) and in Denmark the lowest (49 percent). When asked, globally 58 percent said they want to travel internationally for their work. People from India wanted to do so the most (91 percent), whereas the Dutch did not seem to feel that need (31 percent).

Recruiters Beware: Treat Candidates Better or Risk Steering Them Away as Future Employees and Customers
Three quarters of those surveyed recently said it is unlikely they would accept a job offer if they were treated poorly during the recruiting experience, even if they felt the role was a good fit.

The number of employees worldwide that expected to work for a different employer in the coming six months was trending upward in the second quarter and has now increased again, bringing the overall Mobility Index to 114. Mobility increased the most in Italy and the U.S. (+ seven), Greece and China (+ six), Australia (+ five) and in Spain, Austria, France and Brazil (all + four). Mobility decreased in Switzerland and Argentina (- four) and in Germany (- two). There was no shift in mobility in Canada and Sweden.

Actual job changes increased in Australia, China, Czech Republic, Turkey and the U.K. compared to last quarter. No countries saw a decrease in actual job changes. Job change in India was 61 percent and in Luxembourg 10 percent.

Job change appetite – the desire to change jobs – increased in Canada, Luxembourg and the Netherlands compared to last quarter. In Argentina, Belgium and Spain, the job change appetite decreased. In India it was the highest (54 percent) and in Turkey the lowest (16 percent).

Randstad’s Employer Brand Research 2019 report found that compensation continues to be regarded as very important, but it was also clear that if companies offer low job certainty or have a weak reputation, employees will quickly be on their way. Fifty-nine percent of the 200,000 working-age adults surveyed in 32 countries told Randstad that attractive salary and benefits was at the top of their list of the top 10 reasons to choose an employer, down from 60 percent in last year’s report. The No.2-rated driver, work-life balance, moved up a notch to 46 percent, from 45 percent last year.

“In 2019, employers that are perceived to offer attractive salary and benefits have the best chances to attract workforce,” said Randstad. “However, monetary benefits are amongst the easiest to replicate incentives, suggesting that employers who bet all their money on this EVP driver, would not necessarily be at a competitive advantage. Forty-one percent of our respondents do not mention attractive salary & benefits among their top five drivers.”

Many of Randstad’s findings align with a Korn Ferry Futurestep study that stressed the importance of organizational culture and employment brand. Nearly two-thirds (61 percent) of respondents to Korn Ferry’s survey, in fact, said that organizational culture was the most important recruiting advantage for global organizations, followed by possessing a leading employer brand at 26 percent.

Korn Ferry Advance is a brand new career coaching service focused on helping candidates with nearly every aspect of their career. The platform is a subsidiary of Korn Ferry, the world’s largest executive search firm and an expanding global consulting outfit focused on strategic and organizational change.

“In a very, very short time, we’ve gone to kind of asking could we do this, to a full-fledged offering with 82,000 professionals who are benefiting from to-date about 11,000 coaching sessions. We’re building the world’s career gymnasium for people to exercise their career fitness,” said Gary Burnison, Korn Ferry CEO in a recent earnings call with Wall Street investment analysts.

KF Advance is a subscription service. Members pay $49 a month for access to chat support, coaching sessions, a job board and a book penned by Mr. Burnison. Membership includes a valuable career assessment.

So, if you want to unlock your true potential, find your purpose in life and make a career breakthrough, KF Advance might be worth a look.

According to the survey, companies focusing on offering “higher salaries” and “promoting quickly” alone may not be as competitive when recruiting talent, with responses at just six percent and five percent respectively. This follows along the lines of a Hunt Scanlon Media survey of Millennial talent that suggested money and position title are not leading criteria for young professionals in the workforce.

“Focusing on culture and how that brand is represented in the marketplace has a critical impact on attracting and retaining the talent that will drive business success,” said Neil Griffiths, Futurestep global practice leader, talent communications and employer brand. “The survey results indicate that employers need to think more broadly about what attracts top talent to their organization.”

The survey found that as the hunt for talent is getting more difficult (61 percent of respondents said it’s harder to find qualified candidates than it was a year ago) there is a strong need for employers to closely evaluate and understand what attracts and motivates the ideal candidates for their company. While salary continued to be the “top negotiation sticking point” at 51 percent, “flexibility” came in second at 33 percent, followed by “title” at 11 percent and vacation at four percent.

“The challenge is for organizations to listen to what employees want from their workplace, such as flexibility, and when possible, find a practical and effective way of delivering,” said Mr. Griffiths. “In today’s digital, social and mobile world, it’s easier than ever to enable employees to work when, where and how they want to, as long as they remain productive.”

Check Out These Related Stories On Retaining Top Talent: