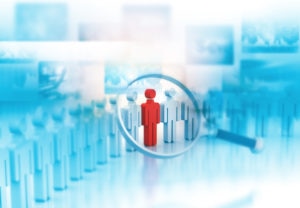 September 19, 2019 – Greensboro, NC-based Jorgenson Consulting has placed Brian Anderson as the new president and CEO for the ChamberRVA. He will replace Kim Scheeler, who has led the organization since 2008.

Mr. Anderson was selected through a national search process spearheaded by Mark Hourigan, founder and CEO of Hourigan Group and vice chair of the ChamberRVA board of directors. Mr. Hourigan, along with Jorgenson Consulting, oversaw a rigorous five-month search and led a search committee composed of a diverse sampling of chamber leaders.

“We are thrilled to bring Brian aboard to continue moving our region forward,” said Mr. Hourigan. “He’s done outstanding work in Georgia, and he has demonstrated through his many successes that he believes in community development, leadership development and economic development – right in line with the values of ChamberRVA.”

“I’m proud of the work by the search committee these past months,” he said. “We spoke with a diverse group of exceedingly talented and qualified candidates from across the region and country, and we are fully confident we’ve made the best choice for our regional community’s continued growth and success.”

Mr. Anderson comes to Richmond from the Greater Columbus Georgia Chamber of Commerce, where he has served as president and CEO since 2015. Under his leadership, the Columbus Chamber saw impressive growth and significantly strengthened their financial standing. He led a campaign to recruit a four-year medical school to Mercer University, including a $14 million capital campaign to acquire and renovate a facility and a $9.2 million state appropriation to hire faculty and staff. He also led the community’s strategic plan, Columbus 2025, from a comparative assessment phase into plan development and execution. During Mr. Anderson’s tenure, the Columbus region saw over 3,000 new jobs announced and over $700 million in new capital investment. Prior to this, Mr. Anderson led the Greater Dalton Chamber of Commerce, chaired the Whitfield County Board of Commissioners, spent 18 years in the beverage industry with Coca-Cola and Anheuser-Busch, and served as a military intelligence officer.

“Richmond is a world-class city offering businesses, residents and tourists all that a community should,” said Mr. Anderson. “Although no community or region is perfect, it is obvious through the intentionality of the region’s leaders that Greater Richmond is a fantastic place to live, work and play.”

“Greater Richmond is in a pivotal and exciting place right now, and we’re honored to have Brian continue the mission laid out by Kim over the past decade-plus,” said Pat Gottschalk, partner at Williams Mullen and chair of the ChamberRVA board of directors. “As we take stock of where we’ve been and where we want to go, we look forward to working with Brian to continue to support the success of our members, provide a strong business voice and develop tomorrow’s leaders.”

“It is with gratitude and pride that I pass the baton to Brian, knowing that he believes in and understands the work we’ve been doing. I’m confident he will take the Chamber to the next level,” said Ms. Scheeler. “Our members and the chamber team have accomplished incredible things over the past decade, and it’s been an honor to work alongside this community toward a better, more successful and more equitable future for RVA. I look forward to watching the region and the chamber thrive at an even faster pace under Brian’s leadership.”

ChamberRVA is the chamber of commerce representing the entire greater Richmond region – one city, seven counties and one town – since 1867. The chamber’s mission is to build a thriving regional community by supporting the success of members, providing a strong business voice and developing RVA’s future leaders.

Mr. Jorgenson began his career recruiting software engineers from the U.S. Department of Defense and National Security agencies to work on classified government contractor projects. He also worked in the field of information technology and telecommunications infrastructure, working for successful technology-based companies like U.S. Robotics, 3Com and Universal Access. His experience ranges from business development to running the Middle East and Africa sale operations out of Paris, France.

Joan Jorgenson, managing director and principal, brings over 25 years of executive search experience within the economic development, chamber of commerce, government and private sector organizations. She has held consulting and human resource management positions at PHH Fantus, Beatrice Companies, Gould and American Hospital Supply Corp. Her areas of expertise include executive search, public and private sector organization development, compensation and policy development. She has conducted numerous executive search assignments for chamber and economic and community development executives throughout the country.