Menu
View our Events
Stay Connected:
A new Harvard Business Review report says that CEOs who stay above the daily fray are more effective than those in the trenches. But other factors, like leadership style and a company’s needs, make a difference as well. Let’s take a closer look at the findings. 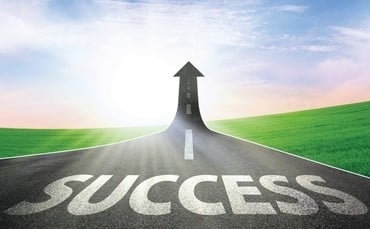 November 21, 2017 – What makes a CEO effective? That question has been studied extensively, yet we still know fairly little about how CEOs behave day-to-day and how that behavior translates into success or failure.

New research from Harvard Business Review looks at data from over 1,000 chief executives and the financial performance of their companies to explore what makes CEOs tick. The report was authored by Oriana Bandiera, Stephen Hansen, Andrea Prat and Raffaella Sadun.

Hands-on managerial CEOs are, on average, less effective than leaders who stay more high-level, according to the report. Harvard Business Review’s data includes every activity a CEO undertakes in a week, as well as whether it was planned ahead of time and who else was involved. The researchers used machine learning to determine what differences in CEO behavior are most important. In effect, the report asked the algorithm: If you had to explain CEO behavior by dividing it into two types, how would you do it?

Although the algorithm is agnostic, the classification it generates closely resembles Harvard Business Review’s John Kotter’s distinction between “managers” and “leaders.” The behavior of managers includes relatively more plant visits, interactions with employees in supply chain management and meetings with clients and suppliers. Leaders are involved in relatively more interactions with C-suite executives, personal and virtual communications and planning, and meetings with a wide variety of internal functions and external stakeholders. Data doesn’t insist on classifying CEOs strictly as one type, said the report. Instead, the authors used an index that classified each CEO as a mix of the two types.

What Do CEOs Do All Day?

On average, about one quarter of CEOs’ days are spent alone, including sending emails, said the Harvard Business Review report. Another 10 percent is devoted to personal matters, and eight percent goes to traveling. The remainder (56 percent) is spent with at least one other person, which largely involves meetings, most of which are planned ahead of time. About one third of the time CEOs spend with others is one-on-one; two thirds is with more than one other person. (This data includes a CEO’s entire workday, not just time in the office.)

The most common departments for CEOs to meet with were production (35 percent of the time they spent with others), marketing (22 percent), and finance (17 percent). The most common meetings with outside functions were clients (10 percent) and suppliers (seven percent).

But CEOs vary considerably on each of these, and Harvard Business Review’s model divides CEO behavior into the two groups mentioned above — leaders and managers — and then scores each CEO as being degrees of each.

Which CEO Type Is Better for Companies?

When Harvard Business Review analyzed CEO type and companies’ financial performance, accounting for other variables including industry, country and firm size, they found that CEOs who tilt more toward “leader” than “manager” run more-productive and more-profitable companies. And these previously ignored behavioral differences across CEOs have quite a large association with firm productivity, about one fifth as big as the impact of a firm’s capital inputs (machinery, equipment, buildings and so on).

How Predicting CEO Success Can Impact the Corporate Bottom Line
Companies relying on more advanced forms of CEO assessment may see significant gains as high as 80 percent in market cap alone, according to new research from Korn Ferry.

Do leader CEOs just happen to work at better companies? The report looked at before and after data for firms where a new CEO was appointed, and it found that the appointment of a leader CEO was followed by higher productivity. The effect showed up three years later, which suggests that leaders are doing the hard work of changing companies.

Is One CEO Type Always Better?

So far, the Harvard Business Review report might lead one to conclude that the best CEOs refuse to get too bogged down in the details of day-to-day management, and instead focus on higher-level leadership tasks, such as convening the heads of the different functions and communicating strategy and vision.

But the data reveals a different picture: Leaders tend to be more prevalent in larger firms and in industries that are, on average, more skill-intensive and complex, while managers tend to run smaller and, to some extent, simpler organizations, such as industries characterized by a greater intensity of routine tasks. And plenty of manager CEOs in the data do run successful firms.

10 Traits of Transformational CEOs
Jeff Christian, CEO of RevenueNOW and head of executive search firm Jeff Christian & Co, has placed CEOs at HP, Hyperion and many early stage start ups. Mr. Christian’s focus today is turning to how behavior impacts performance at the executive levels and in the C-suite.

As such, the authors hypothesized that the performance differentials captured in the data might instead be a result of imperfections in the CEO-to-firm fit. Some companies need great in-the-weeds managers as CEOs, and others need high-level, vision-setting communicators. But, because the market for CEOs is far from perfect, managers — who are more abundant in the sample than leaders — sometimes end up in a leader role. This can negatively affect the performance of the firm they run, said the report.

In support of this hypothesis, the report noted that places with less-effective labor markets for CEOs were typically associated with a greater disparity in the performance of firms run by managers, relative to firms run by leaders. What drives these allocation frictions cannot be exactly known, but empirically they are important, said the report, and suggest that the fit between company and CEOs’ behavioral traits does matter for firm performance.

Leaders who set the vision, convene key functions and communicate effectively can, overall, have a meaningful impact on firm performance, when the setting requires these skills, said the authors. Equally important, however, is understanding and finding the right fit between the CEO’s leadership style and what the company actually needs.

Check Out These Related Articles On CEOs: