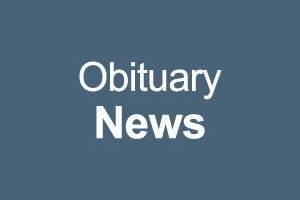 November 22, 2017 – Brad Shaffer, an accomplished executive recruiter and management development consultant for many years, died suddenly on November 9 at his home near Asheville, NC. He was 65 years old.

Mr. Shaffer was CEO of both Parallax Ventures, in Arden, NC, and, earlier, the Shaffer Consulting Group, in the Los Angeles area. Over his career, Mr. Shaffer also worked for Vector Graphic and Kremple & Meade. In addition, he served for two years as chairman of Vistage International. His work spanned public and private sectors, and he was responsible for finding top talent at any number of global enterprises.

“Brad was a terrific person who cared about his work and his community,” said David Moyer, a fellow search consultant and longtime friend. “He was an effective, ethical, thoughtful consultant who always wanted the best for his clients and the field. He saw his work not as just a job, or even as a career, but as a calling.”

He is survived by his wife Suzanne, daughter Melanie and her husband Joseph Charles Pinkston, father William, brother David and his wife Michelle.