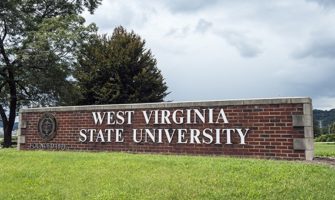 May 22, 2020 – Higher education recruitment firm AGB Search has been enlisted to find the next president for West Virginia State University (WVSU). Anthony Jenkins, who held the job for four years, recently moved on to the president’s role at Coppin State University in Baltimore. R. Charles Byers, former provost at WVSU, is serving as interim president. AGB Search consultants Kim Bobby and Carlton E. Brown are leading the assignment.

The Washington, D.C. search firm was chosen from six firms seeking the assignment.

“The next president has an opportunity to lead WVSU to new levels of institutional achievement and distinction, in part by building on the legacy of the institution and the existing strengths and accomplishments,” said AGB Search.

The ideal leader will bring both stable leadership and dynamic changes to the university at a critical time in its history, said AGB Search. WVSU wants a leader who will embrace and foster the rich heritage and identity of the university as a historically black college or university that has transformed to meet the needs of the community. The next president will be expected to demonstrate a commitment to the university’s historical focus on the values of diversity, equity, inclusion, sustainability, civic engagement and social justice.

The university community outlined several priorities for the school’s next president. They involve: enrollment, fundraising, financial health, developing a new leadership team, rebuilding student life and development, improving the efficacy of academic programs, addressing issues of diversity and inclusion, and community and engagement.

WVSU wants its next president to possess a number of key leadership attributes, including having the vision, capability and drive to inspire the university community to higher levels of eminence, said AGB Search. The leader should also demonstrate value for WVSU’s history and have the ability to embrace and advance the historical significance, mission and core values of the university as a historically black institution. Among other traits, the president must also be visible and approachable, participating in activities on campus and the local community with genuine engagement.

Prospects should also have demonstrated success in senior-level leadership that includes management of a substantial and complex organization, along with a deep understanding of higher education. “The successful candidate will be an energetic innovator who can be a valuable resource in helping the university develop attractive new programs,” said the search firm. “WVSU seeks a president with a history of substantially advancing distinctive academic experiences, one that creates pathways for students to find their intellectual strengths and achieve rewarding outcomes in their lives and careers.”

Candidates should have an earned doctorate or terminal degree as well as progressively responsible executive-level experience and demonstrated record of success.

Founded in 1891 as a historically black college, WVSU has evolved to serve a population that is richly diverse in ethnicity, geography, residential/commuter, high school graduates and adult learners. WVSU, which has an enrollment of 4,120 students, is comprised of four colleges: the College of Arts and Humanities, the College of Business and Social Sciences, the College of Natural Sciences and Mathematics, and the College of Professional Studies. WVSU offers 23 undergraduate degrees, seven graduate degrees and six fully online programs.

AGB Search, which specializes in higher education leadership, conducts searches for college and university presidents, chancellors, provosts, vice presidents, deans, university system heads and CEOs of coordinating boards and related foundations. The firm was founded by the Association of Governing Boards of Universities and Colleges in 2010.

AGB Search Embarks On Prodigious Start to New Year
The Washington, D.C. based search firm has a busy year ahead, looking to fill every role from president to provost to a diversity leader for an array of universities and colleges around the country. Let’s take a closer look.