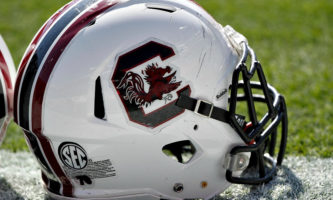 November 24, 2020 – Chad Chatlos of Ventura Partners has been selected by the University of South Carolina to help athletics director Ray Tanner and South Carolina president Bob Caslen find their next head football coach. The school fired Will Muschamp after the team’s third consecutive lopsided loss and a record of 28–30 under his leadership. The Gamecocks named offensive coordinator Mike Bobo interim head coach.

“I believe our program will be well-served by coach Bobo as the interim head coach as we search for a new leader for Gamecock football,” said Mr. Tanner. “We will begin a search immediately to find the best head coach for Carolina football.”

Why use a search firm? The biggest benefits to using a search firm are for background checks, confidentiality, inside information and plausible deniability. Mr. Tanner told CBS in an article that he used a firm because USC “wanted to exhaust every possible resource” to make the best decision. “They can do more in a short period of time and you can literally be on it around the clock,” Mr. Tanner told CBS. “I think it’s probably virtually impossible for an AD to be on it around the clock. I know the landscape has changed. If I went through this again, would I hire a search firm? Very likely. There’s so much information out there and everything is time sensitive and confidential.”

While other coaching candidates are in the middle of their seasons, South Carolina’s coaching search will soon heat up. According to Saturday Down South, a news website about SEC football, the top candidates for the job are:

Hugh Freeze, Liberty: The former Ole Miss coach has rebuilt Liberty’s program, and the Flames are ranked in the top 25 and sit 8-0. Mr. Freeze knows the SEC, and he could be a fit at South Carolina.

Jamey Chadwell, Coastal Carolina: Mr. Chadwell has led the Chanticleers to a 7-0 record this year after going 5-7 in his first season. He has Palmetto State ties.

Billy Napier, Louisiana: Mr. Napier is of Alabama coach Nick Saban’s coaching tree, much like Mr. Muschamp; however, Mr. Napier is offensive-minded will eventually find himself in the SEC one day. Mr. Napier currently has the University of Louisiana at 7-1 this season, and most figure he has a big coaching future.

Mr. Chatlos, a partner with Ventura Partners, specializes in senior executive searches across the sports industry with a focus on diverse roles in the intercollegiate athletics landscape. His clients include major sports leagues, teams, conferences, and leading colleges and universities. He has completed Power Five athletic director and commissioner searches as well as head coaching searches for football, basketball, volleyball, softball, soccer, strength and conditioning, and more, with marquee programs. In addition, he has led innovative searches in marketing, revenue-generating roles, eSports and player personnel positions.