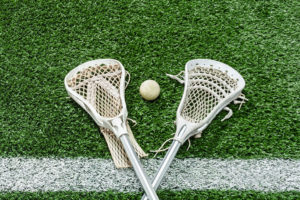 June 4, 2020 – Following a nationwide search, executive recruitment firm Ventura Partners has assisted in the placement of Peter Milliman as the men’s lacrosse head coach for John Hopkins University. He replaces Dave Pietramala who recently left the school after leading the team for over two decades. Managing director Katy Young Staudt led the assignment for the search firm.

“The history of Johns Hopkins Lacrosse is one of achievement by our student-athletes on and off Homewood Field,” said university president Ronald J. Daniels. “With the arrival of Pete Milliman as head coach, we launch a new chapter that builds on the foundation of this exceptional program and the excellence and drive of Blue Jays past and present.”

“It is with great pride and excitement that we welcome Pete and his family to Johns Hopkins,” said Jennifer Baker, director of athletics at John Hopkins. “Throughout the process, Pete demonstrated a passion for student-athletes and their holistic development and a vision that aligns with the goals we have established for our men’s lacrosse program. In addition, his proven record of success at the national level and a strong track record of player development made him the ideal candidate to become the next men’s lacrosse coach at Johns Hopkins.”

Mr. Milliman comes to Johns Hopkins from Cornell University, where he took over the men’s lacrosse head coaching role in 2018 and amassed a record of 28-10, including an 8-4 mark in Ivy League play. Mr. Milliman arrived at Cornell in 2014 as an assistant coach. Before Cornell, he held assistant coaching roles at RIT (2006, 2008), Siena (2007), and Princeton (2013). He had his first head coaching stint from 2009-12 at Division II Pfeiffer. Mr. Milliman was a three-time All-American at Gettysburg and played four seasons for the Rochester Rattlers in Major League Lacrosse.

“I want to thank Jennifer Baker and the search committee for the opportunity to serve as the men’s lacrosse coach at Johns Hopkins,” Mr. Milliman said. “This program has a longstanding tradition of success and I will look to build upon the legacy of that success both on and off the field. Serving this program is an incredible honor and I am looking forward to getting to work right away.”

The Johns Hopkins Blue Jays men’s lacrosse was founded in 1883 and is the school’s most prominent sports team. The Blue Jays have won 44 national championships including nine NCAA Division I titles, 29 USILL/USILA titles, and six ILA titles, first all time by any college lacrosse team and second to Syracuse in NCAA era national titles.

Over the past 15 years, Ms. Staudt has established herself as one of a leading number of professional search consultants in the sports and entertainment worlds. Before joining Ventura Partners in 2018, she spent time at Witt/Kieffer and Eastman & Beaudine, where she conducted numerous searches for Division I head coaches and directors of athletics, and has worked closely with clients across professional sports properties including MLB, NBA, NHL, PGA TOUR, USTA, Churchill Downs and others.