Menu
View our Events
Stay Connected:
CEO selection shifted markedly in the months after the World Health Organization declared a pandemic, according to a new study by Heidrick & Struggles. Companies have been putting more importance on previous CEO experience and they are also looking externally more often for their next leader. Let’s go inside this latest leadership report. 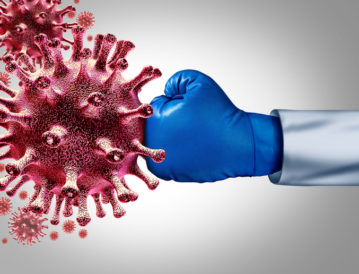 November 24, 2020 – The COVID-19 pandemic has altered nearly every aspect of how companies view themselves, from their purpose to their workforce, as well as how they perform under pressure and in the face of uncertainty. With the onset of the pandemic in 2020, companies delayed leadership transitions, appointing CEOs with proven track records and deprioritizing diversity of experience and backgrounds.

The seventh annual “Route to the Top 2020” report from Heidrick & Struggles analyzed the backgrounds of the 965 CEOs leading the largest listed companies in 20 markets to understand the skills and experiences that shaped their path to the top role. The report compared CEO appointments made after March 11, 2020, when the World Health Organization (WHO) declared COVID-19 a global pandemic, to those appointed from January 2019 to March 10, 2020.

In the analysis of the four months of post-pandemic-declaration data, the search firm found several notable changes. First, the number of CEOs appointed between March 11, 2020, and June 30, 2020, dropped in all but one of the largest four economies analyzed in the study compared to the same period in 2019. Companies in China, Germany and the U.S. all appointed significantly fewer CEOs this year; the U.K. made one additional appointment this year. Altogether, there were 30 CEOs appointed after the official announcement of a global pandemic, and Heidrick & Struggles found that their backgrounds differed significantly from their very recent counterparts on a number of key fronts.

“There has been a shift in CEO selection during the pandemic as companies seek executives who can help their organizations seamlessly navigate through these unprecedented times,” said Jeff Sanders, vice chairman and co-managing partner of the global CEO & board practice at Heidrick & Struggles. “Companies undertaking such an important appointment over the past year have been putting more importance on previous CEO experience and looked externally for their next CEO. While a proven track record is extremely important during periods of uncertainty, we know that broader diversity of experience, sustainability and purpose will be viewed as critical to long-term survival and growth when the global business environment returns to some semblance of normal.”

CEOs Appointed After the WHO COVID-19 Pandemic Declaration

Following the WHO’s pandemic declaration, there was a sharp jump in appointing CEOs with previous CEO experience. Of the 30 CEOs appointed from March 11, 2020, to June 30, 2020, 63 percent had held the CEO role previously, compared to 44 percent in the cohort appointed from October 2019 to March 10, 2020. In addition, more companies looked outside their organizations for their next CEO, with external appointments jumping to 57 percent from just 35 percent, as they may not have had an experienced internal candidate to take over amid the pandemic.

Cross-industry experience decreased from 18 percent to 13 percent, while cross-border experience decreased from 39 percent to 30 percent, the report said. The largest percentage of new CEOs taking up their position in a new industry came from financial services (29 percent), followed by industrial (24 percent) and global technology and services (16 percent). Further, seven percent of those with cross-industry experience had held leadership positions in two different industries in their previous role and their previous role minus one. This percentage, albeit small, represents a potentially rich, varied and valuable reservoir of experience, insights, and approaches that can be applied to a different company as a new CEO.

The Heidrick report said that with companies more focused on past CEO experience, diversity in terms of gender, cross-border experience and cross-industry experience decreased significantly. Women CEO appointments decreased from 12 percent in the cohort appointed after October 2019 to only three percent after the pandemic announcement.

The report also found that gender diversity, and diversity in cross-border and cross-industry experience has declined due to the pandemic. Women only make up five percent of CEOs globally in this year’s report; Ireland has the highest percentage of female CEOs (15 percent), and Brazil has the lowest (0 percent).

“As companies prepare to emerge from the pandemic, they need to take an in-depth look at their pipeline of future leaders to ensure they are developing a deep and wide bench of diverse executives, providing the experiences and opportunities required for the top job in a challenging future,” said Bonnie Gwin, vice chairman and co-managing partner of the global CEO & board practice at Heidrick & Struggles. “The pandemic has brought into sharp focus that the most critical skills sought after in CEOs include agility, inclusiveness, and the ability to continually learn and adapt, all of which are essential not only during times of crisis, but also as companies look to innovate and transform themselves.”

8 Key Traits to Look for When Hiring a Turnaround CEO
A new report from ON Partners reveals the top characteristics to look for in a candidate for the job of leading your company out of crisis. Pay attention to past performance, attention to finances, an operational mindset, and a knack for digesting data and distilling the underlying issues, for starters.

In every respect, 2020 has been a highly unusual year. Trends Heidrick & Struggles have been observing in its “Route to the Top” reports—such as increased diversity in CEOs’ backgrounds and experience—appear to be lower priorities right now than finding an experienced leader, particularly one who has successfully led a company through a major crisis. Some of these shifting trends, including the increase in external appointments, may not represent long-term change but rather a fight for survival in a very challenging and competitive global environment.

“Given the current increase in external appointments, however, we must reiterate the importance of CEO succession planning,” Heidrick & Struggles said. “We have noted previously that ongoing planning—a rigorous internal process overseen by the board as one of its fundamental responsibilities—is unfortunately not yet a high priority for every company. We know from both research and our client work that internally developed successors are generally lower-risk choices when available, and, as we mentioned previously, many companies bring potential CEOs into their companies at one or two positions below CEO level to allow the executives to immerse themselves in the business.”

“Under such extraordinary conditions as we are now experiencing, whether companies ultimately decide to recruit an external candidate or go with one of their own, they will at least have a range of candidates to choose from,” the Chicago-based search firm said. “While the pandemic undeniably shifted CEO selection criteria and companies’ priorities, broader diversity of experience, sustainability, and purpose are not likely to disappear as priorities, as our interviews underline. When the global business environment returns to some semblance of normal, we expect that these issues will not only reemerge as priorities but also be viewed as crucial to long-term survival and growth.”

Related: Leading Through Uncertainty and Fear