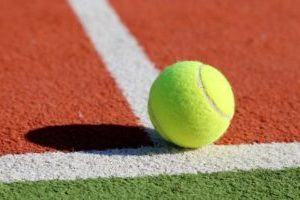 Caroline Lilley, assistant head coach at the University of Kansas (KU), was named head coach at Auburn. Ms. Lilley spent four seasons with the Jayhawks, where the women’s tennis team made it to four consecutive NCAA Tournament appearances, including the program’s first-ever Big 12 Conference Championship in 2019. Before being named assistant head coach in December, she had been an assistant coach both at KU and Gonzaga University.

“During the search to find our next coach, Caroline’s work ethic, driven personality and intellectual depth was captivating,” said Allen Greene, director of athletics. “More importantly, her commitment to the holistic care and development of the student-athlete aligns with our purpose to educate, support and develop our young men and women at every opportunity.”

This past season, Ms. Lilley helped KU to a 21-4 record, a trip to the NCAA Sweet 16 and the Big 12 title. The Jayhawks were ranked for 16 consecutive weeks during the season, peaking at No. 7 before finishing No. 13 in the final polls. Ms. Lilley made her presence felt immediately at Kansas in her first spring season in 2016, helping the Jayhawks reached the NCAA Tournament for the first time in 17 years. Kansas finished second in the Big 12 Conference, the Jayhawks highest finish in 18 years.

“I am humbled and grateful to be a part of a renowned university and unrivaled athletics department,” said Ms. Lilley. “Auburn is a family and the people are what make this place so special,” Lilley said. “The integrity and unwavering character throughout the department is something that impressed me and attracted me from the beginning.”

Chris Drake, who served as head coach of the Dartmouth College men’s tennis team the last nine years, is Yale’s new men’s tennis coach. At Dartmouth, Mr. Drake guided the Big Green to three NCAA Championship appearances, including the last two seasons, and a 2018 Ivy League title. He was named the Ivy League Coach of the Year in 2016 and 2018, and he also earned ITA Northeast Region Coach of the Year honors in 2018.

“Chris’ stellar reputation for taking programs to a higher level and his successful history within the Ivy League as a student-athlete and coach will elevate our men’s tennis program to new heights,” said Vicky Chun, Yale’s director of athletics.

Mr. Drake replaces Alex Dorato, the winningest tennis coach in Yale history, who is retiring. “I have known coach Dorato for many years,” said Mr. Drake. “He and his teams have always handled themselves with class. It’s an honor to take over for Alex and I look forward to working with the remarkable student-athletes that a place like Yale attracts.”

Before Dartmouth, Mr. Drake was an assistant coach at Northwestern University. He also spent time coaching the Association of Tennis Professionals (ATP) doubles team of Eric Butorac (U.S.) and Ashley Fisher (Australia) in 2008 at the French Open and Wimbledon Championships.  Before his collegiate coaching career, Mr. Drake was an accomplished player on the ATP doubles tour.

Mr. Chatlos, the recruiter who handled the Auburn assignment, specializes in senior executive searches across the sports industry with a focus on diverse roles in the intercollegiate athletics landscape. His clients include major sports leagues, teams, conferences, and leading colleges and universities. He has completed Power Five athletic director and commissioner searches as well as head coaching searches for football, basketball, volleyball, softball, soccer, strength and conditioning, and more, with marquee programs. In addition, he has led innovative searches in marketing, revenue-generating roles, eSports and player personnel positions.

Over the past 15 years, Ms. Staudt –who took the lead on the Yale search – has established herself as one of a leading number of professional search consultants in the sports and entertainment worlds. Before joining Ventura Partners in 2018, she spent time at Witt/Kieffer and Eastman & Beaudine, where she conducted numerous searches for Division I head coaches and directors of athletics, and has worked closely with clients across professional sports properties including MLB, NBA, NHL, PGA TOUR, USTA, Churchill Downs and others.