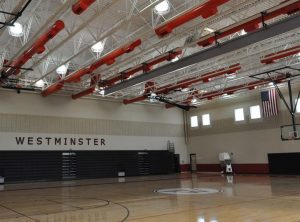 November 9, 2016 – Executive recruiting firm Vanderbloemen Search Group has recruited Scott Davis as the new head of school for Westminster Christian Academy. Merida Brooks stepped down in June after 28 years of service to the academy as a teacher, lower school director over three campuses, founding principal of Westminster’s Lafayette Campus, instructional supervisor and, for the last nine years as head of School of Westminster Christian Academy.

The board’s unanimous decision to appoint Mr. Davis was based on enthusiastic endorsements of the search committee and the interviewing task force made up of a diverse cross-section of the Westminster community. In his new role, Mr. Davis will oversee two campuses, two preschools and will champion the pedagogical and spiritual mission of the 1,000-plus student school.

Mr. Davis brings 27 years of experience in education both at the pre K-12 and college level. His varied expertise ranges from the classroom to the boardroom and even onto the athletic field. He was most recently national director of Classical Schools Responsive Education Solutions. In this role, he led a large team and network of schools managing headmasters, academic work, budgets, marketing, facilities and more.

Mr. Davis was named ‘Regional Coach of the Year’ at the college level and was nominated for teacher of the year at the university level as well. He received the honor of most outstanding alumnus from his high school in Iowa Park, TX. In athletics, he coached teams and individuals to national titles at the college level.

“Mr. Davis embodies everything we set out to find,” said board president Dr. Sonny Corley. “He is a warm, passionate, educational leader of unquestionable integrity and experience who will inspire and lead Westminster into the next chapter of its exciting history. Scott is dedicated to excellence in every area, firmly rooted in Christ, and we are thrilled that the Lord has led him to us.”

Opening Up a Relationship

“Vanderbloemen really listened,” said Teri Cober, a board member and leader of the search committee. “They worked hard to get to know us, and that opened up our relationship.”

“I count it an honor to be called upon to lead and minister to the families and staff at Westminster Christian Academy,” said Mr. Davis. “My family and I are looking forward to this new adventure. It will be hard work but well worth the investment.”

Vanderbloemen Search Group is a pastor search firm that helps churches and faith-based organizations find mission-driven leaders. It has completed hundreds of searches serving churches and ministries from 70 to 70,000 in size, including nearly a hundred different denominations and tribes. The firm was founded in 2010 by William Vanderbloemen, who has been able to combine over 15 years of ministry experience as a senior pastor with the best practices of executive search to provide churches with a unique offering.

“Independent schools can be quite complex organizations in terms of their funding, governance, and cultures,” said Linc Eldredge, president of Brigham Hill Consultancy, a search firm specializing in recruiting leaders for not-for-profit organizations and independent schools. “In many cases, they have substantial endowments and relatively large budgets and, accordingly, although they should not be run like a business per se, they must be run in a businesslike way while keeping in mind that the most important ‘bottom line’ is mission delivery. So when it comes time to do a search for a head of school, candidates typically (though not always) are grounded in the classroom and have a profound understanding of the mission of independent education.”

But candidates must also have the skills, knowledge, leadership and management acumen to guide an organization in which constituents of all sorts have a sense of ownership and commitment. “In our experience, by far most candidates come from the independent school world itself. In the majority of cases they originally wanted to be a teacher, coach, and advisor to young people, but over time their aptitudes and leadership potential were identified and nurtured by school heads or other administrators who mentored them and gave them a variety of positions to prepare them for headships,” said Mr. Eldredge.

Check Out These Related Articles On Searching for Faith-Based Organizations: