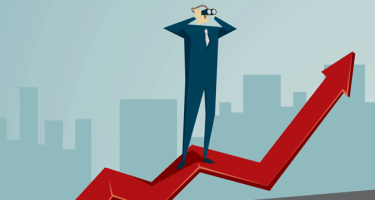 August 6, 2015 – Following similar research based on U.S. companies and their upbeat hiring forecasts going into the last five months of 2015, businesses in the U.K. are also reporting improving confidence levels in their hiring plans.

A full 74 percent of employers intend to take on permanent staff in the U.K. during the next three months, according to the latest JobsOutlook survey by the Recruitment and Employment Confederation (REC). This represents a recovery from a dip in hiring intentions in the last two months (62 percent in May, 63 percent in June), signaling that employers have more confidence following a period of uncertainty during the run-up to the country’s general election.

The survey, which polled 600 U.K.-based employers, found that eight out of 10 (80 percent) respondents said that economic conditions in the country as a whole are getting better. And almost half (46 percent) expect hiring and investment to improve.

Other findings from the survey show that four in 10 (41 percent) of employers even increased pay for staff in the last year, with none reducing pay levels. Employers expect to see shortages in candidates for professional and managerial roles (14 percent), construction roles (11 percent) and technical and engineering roles (11 percent) in the next year. Ninety-six percent of businesses have ‘no’ or only ‘a little’ surplus capacity to accommodate any further increase in demand.

“Our data shows that almost all businesses are operating at capacity and want to take on more staff to meet demand, but the reality is that chronic skills shortages are making this difficult,” said Kevin Green, REC’s CEO. “For workers the outlook is good. Starting salaries continue to rise as employers compete for talent, and permanent and temporary opportunities are available to those with the required skills and capability.” With candidates in short supply, said Mr. Green, employers need to think hard about how they attract job seekers.

“This JobsOutlook survey covering U.K. companies comes on the heels of reports emanating from U.S. and Canadian-based businesses that solid hiring prospects are in store for the remainder of this year and are likely to extend well into 2016,” said Scott A. Scanlon, founding chairman and CEO of Greenwich, Conn-based talent tracking firm Hunt Scanlon Media.

“Hiring managers and executive recruiters are telling us they feel more secure economically to make recruitment commitments and that is now translating into steady hiring planning.” Data compiled from recent surveys conducted by Hunt Scanlon analysts suggest that employers in the U.S. and the U.K. are focused on growth. “As a result, we are seeing rising demand for skilled talent at all levels, and that is leading to a very active and competitive hiring environment,” said Mr. Scanlon.