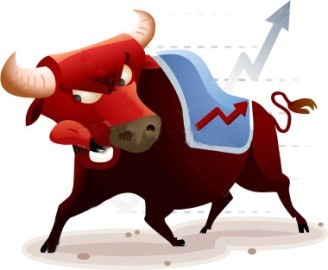 August 18, 2015 – Chief executives of global businesses say they are confident about the ability of their companies to grow over the next three years and are expressing confidence about the prospects for the global economy, according to the 2015 KPMG ‘CEO Outlook Study’ of 1,278 chief executives. Sixty-nine percent of CEOs in Europe, 66 percent in Asia Pacific and 52 percent in the U.S. are more confident than they were last year about growth and the global economy in the next three years.

In assessing their own company’s growth prospects, 70 percent of European CEOs and 68 percent of Asia Pacific CEOs indicated they are more confident than a year ago. In the U.S., 19 percent are more confident than a year ago with another 46 percent expressing the same level of confidence about their prospects for growth. Importantly, the study found that CEOs globally are set to hire, with 78 percent of respondents indicating they are expecting to be in ‘hiring mode’ through mid-2018. Another 30 percent expect a talent gap.

“The overall message we’ve gotten from CEOs around the globe is that they are positive about their prospects over the next three years, and importantly that they are looking to hire more people,” said John Veihmeyer, global chairman of KPMG International. “There is a more positive change in confidence versus the prior year, in Europe and Asia compared to the U.S., which is in part reflective of the U.S. being in a more advanced stage of the economic recovery.”

Forty-four percent of the CEOs questioned indicated that they are only ‘somewhat comfortable’ with their current business model, with five percent expressing that they are ‘uncomfortable.’ In the study, 29 percent of leaders said their organizations are likely to be transformed into significantly different entities in the next three years.

“CEOs continue to confront business challenges of unprecedented complexity,” added Mr. Veihmeyer.  “Many CEOs in our study have repeated what I am hearing when I meet with business leaders—that they need to take more calculated risks with their growth strategies. They know that they are going to have to do things differently, and they are looking hard at their organizations to determine how they can transform to stay relevant and strengthen their competitive positions.”