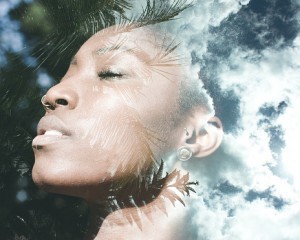 August 7, 2015 – Following research recently released by Heidrick & Struggles finding accelerating progress for women in American boardrooms within the Fortune 500, a new report by rival recruiter Korn Ferry has found additional evidence that women are making strong gains in the most sought-after top-slotted roles in global companies.

Korn Ferry said this could translate into an increase in the number of women achieving executive board positions as chief executives and finance directors. “Gender balance has seen the most significant shift in the first-time NED appointments in recent years,” said Richard Emerton, managing partner board and CEO services for Korn Ferry. “The combined efforts of politicians, chairmen, pressure groups and executive search firms have had a substantial impact, and should this trend continue, the U.K. will achieve the target set by Lord Davies in 2011 of 25 percent representation on FTSE boards by the end of this year.”

Talent tracking firm Hunt Scanlon Media has been reporting since the beginning of the year that women are making significant progress in attaining directorships. “Severe under-representation of women on boards still exists in many corners of the globe,” said Hunt Scanlon CEO, Scott A. Scanlon. “So it is left to key corporate business centers, like the U.S. and the U.K., to provide leadership — and that is exactly what we are beginning to see: leadership and progress.”

Mr. Scanlon said a number of global initiatives are underway to mobilize efforts to increase women board representation. “Executive search firms are particularly well-positioned to push hard on these efforts and our research suggests they are making a huge difference in securing directorships for qualified women. My advice to women: get connected with a top search firm and start networking. Your time has arrived.”

“Another key medium-term trend is the steady increase in appointments of people with no past listed company executive board experience,” said Mr. Emerton. “This is evidence that boards are casting the net wider and looking for new blood, but it also puts pressure on chairmen to ensure that these ‘inexperienced’ appointees are thoroughly inducted and carefully mentored as they learn the craft of public company directorship.”

The proportion of female appointees from the two core disciplines of general management and finance grew rapidly with 52 women from these backgrounds achieving first-time appointments in 2014 compared to just five in 2013. The Korn Ferry report says this could reflect a deepening pool of female general managers and finance experts and hopefully could indicate the arrival of a long-awaited increase in gender diversity in the executive pipeline. This may translate into a future increase in the number of women achieving executive board positions as chief executives and finance directors.