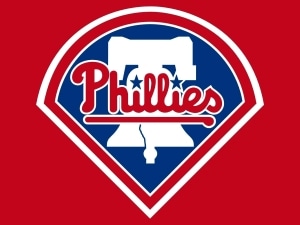 “Sean has a proven ability to successfully restructure IT departments from the ground up,” said Dave Buck Phillies’ executive vice president. “We are fortunate to have him on board to take the Phillies to the next level as it pertains to technology enhancements.”

Mr. Walker has 19 years of technology and information systems experience in highly visible sports environments where he was responsible for strategic IT planning and project execution. In his various roles of increasing responsibility, he helped to define strategies to ensure high performance and cost-effective technology solutions.

Mr. Walker joins the Phillies after serving the Tampa Bay Lightning as VP of innovation and technology services since 2016. Before that, he was associate vice president for team, arena and event technology for the NBA. In that role, he worked with senior management to develop the technology strategy for use around the league. He also provided support for the league’s premier events such the NBA All-Star Game, NBA Finals and the NBA Draft. Mr. Walker began his career with the PGA.

“I am excited to join the Phillies organization to help foster new growth on the business side,” said Mr. Walker. “This franchise has a stellar reputation in the sports industry as one that will provide necessary resources to secure and maintain a leadership position. I look forward to helping achieve that goal.”

Established in 1996, Turnkey Search has conducted more than 1,000 executive recruiting placements across the entire landscape of the sports & entertainment industry. The firm has completed executive searches for president of the new NHL expansion team in Las Vegas, CFO of the Atlanta Hawks, CRO of the Anaheim Ducks, CMOs of the Cleveland Browns and Oakland Raiders, and it placed athletics directors at Michigan, Minnesota, Georgia Tech, Bowling Green and other Division I universities.

A growing number of professional sports teams have turned to executive search firms to find new senior executives in recent months. Here is a sampling from the Hunt Scanlon archives.

Korn Ferry recently assisted in placing Brian Gaine as the new general manager of the Houston Texans. Jed Hughes, a Korn Ferry vice chairman and global sports sector leader, headed the search. Korn Ferry is no stranger to the Texans. In 2013, the search firm assisted the team in hiring coach Bill O’Brien.

Buffkin / Baker has placed Dan Sabreen as vice president of public relations of the New York Knicks. Partner Warren Wasp led the search. Mr. Sabreen joins the Knicks after 12 years at CBS Sports. Most recently, as VP of communications, he was responsible for helping to oversee publicity efforts for all CBS Sports properties, including broadcast, cable and social media.

Reffett Associates continues to work with the Seattle Mariners to fill executive roles. This time it has placed Lisa Winsby as the club’s new vice president of human resources. Seattle-based managing director, Marshall Reffett, led the search with assistance from Angel Rodriguez, a managing director in Dallas.