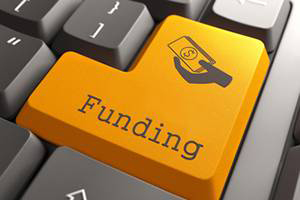 February 7, 2019 – The gig economy continues to push forward. According to a Gallup survey, nearly 57 million people in the U.S. have an “alternative work arrangement” as their primary job. And by 2020, analysts are predicting that more than 40 percent of the U.S. workforce will chose contract work instead of full-time jobs.

Jyve’s platform, which it calls “Skills-as-a-Service,” uses machine learning to source and identify certified, skilled talent. Jyve’s focus is on providing companies with flexible labor. Its workers, called “Jyvers” can fill a variety of roles, including merchandising, stocking, e-commerce fulfillment, auditing and brand ambassadorship among others.

“Jyve is one of the fastest-growing companies we’ve seen, having already reached $400 million in bookings in three short years,” said Chris Farmer, CEO of SignalFire. “They are creating a new economic class.”

“I believe the skill economy is way bigger than the gig economy,” Jyve CEO and founder Brad Oberwager told TechCrunch. He sees Uber driving as just the low-expertise beginning of a massive new job type where people with specializations or experience are efficiently matched to retail work. “Jyve’s secret sauce is the work quality review system built into its app for managers and stores that lets it know who got the job done right and deserves even better opportunities,” he said.

CareerArc, a global leader in HR technology, raised a $30 million growth equity round led by PeakEquity Partners. This investment and the support of the team at PeakEquity Partners should allow us to accelerate our growth, expand product offerings and strengthen our market position,” said Robin Richards, co-founder and CEO of CareerArc.

France-based Talentsoft, a cloud-based human resource software solutions provider for talent management learning, has raised $50 million in a financing round which it says will boost continued growth via innovation and international market expansion. Talentsoft is focused on optimizing the employee experience while taking…